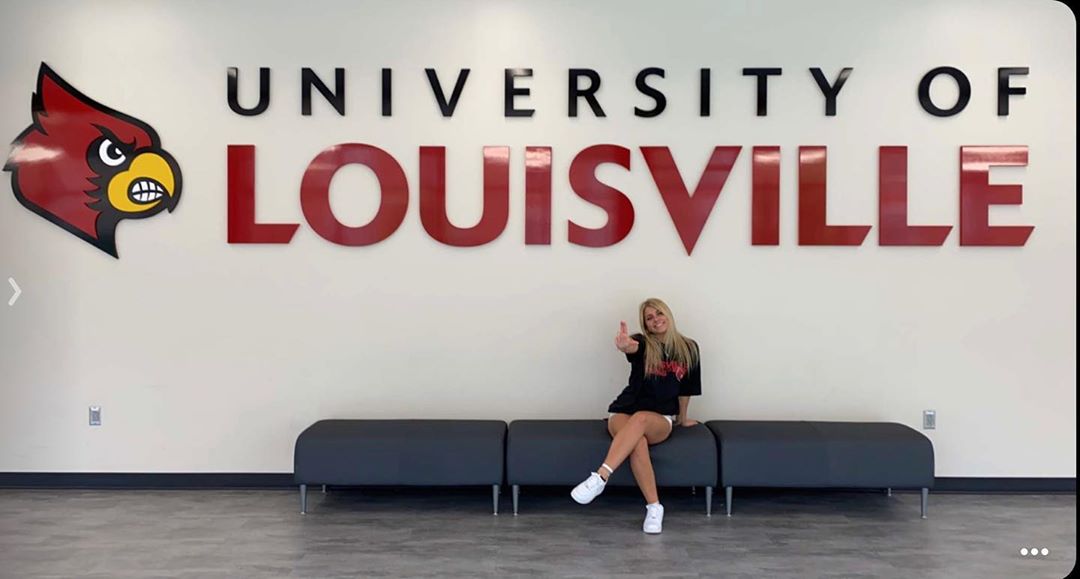 Miller, who placed 8th at the Indiana High School State Championship meet as a freshman, is Louisville's 3rd announced 2022 commitment in the last week.

Diver Jiselle Miller has joined a wave of females in the class of 2022 to verbally commit to the University of Louisville this week. A junior at Northridge High School in Middlebury, Indiana in the northern part of the state, she’ll make the 4-hour drive south to Louisville just across the Kentucky state line.

Beyond excited to announce that I have verbally committed to continue my athletic and academic career at the University of Louisville. Huge thank you to my family, friends, teammates and most importantly my coach for pushing me to be the best athlete I can be. I cant wait to represent Louisville in the fall of 2022 GO CARDS🖤🤍❤️

In 2019, as a freshman, Miller placed 8th at the Indiana High School State Championship meet on the 1-meter, the only discipline competed in most high school diving meets. As a sophomore, she finished 2nd at her sectional meet. She then finished 13th in prelims to advance to the semi-finals, but was 18th in the semis to miss scoring.

Miller’s best event is the 3-meter, and she does dive both 1-meter and platform.

Miller dives at the Indiana International School of Diving under coach Robert Burns, who is also her high school coach.

The Louisville women ranked about mid-pack in the ACC in women’s diving last season, though historically they’re a little better than that.

Their 2nd-best individual scorer among swimming & diving combined at last year’s ACC Championships was senior Molly Fears, one of the best divers in program history. She scored 71 points, led by a 4th-place finish on 3-meter.

She was twice named ACC Diver of the Week, and as a junior became Louisville’s first diver to earn Honorable Mention All-American honors via a 10th-place finish on platform.

As a team, the Cardinals placed 3rd at last year’s ACC Championship meet, more than 200 points behind NC State and almost 300 points ahead of UNC.

Miller joins a class of 2022 that includes the #6 recruit in the class Rye Ulett, and Virginia High School runner-up Jordan Durocher. Ulett and Durocher both announced their commitments this week as well.