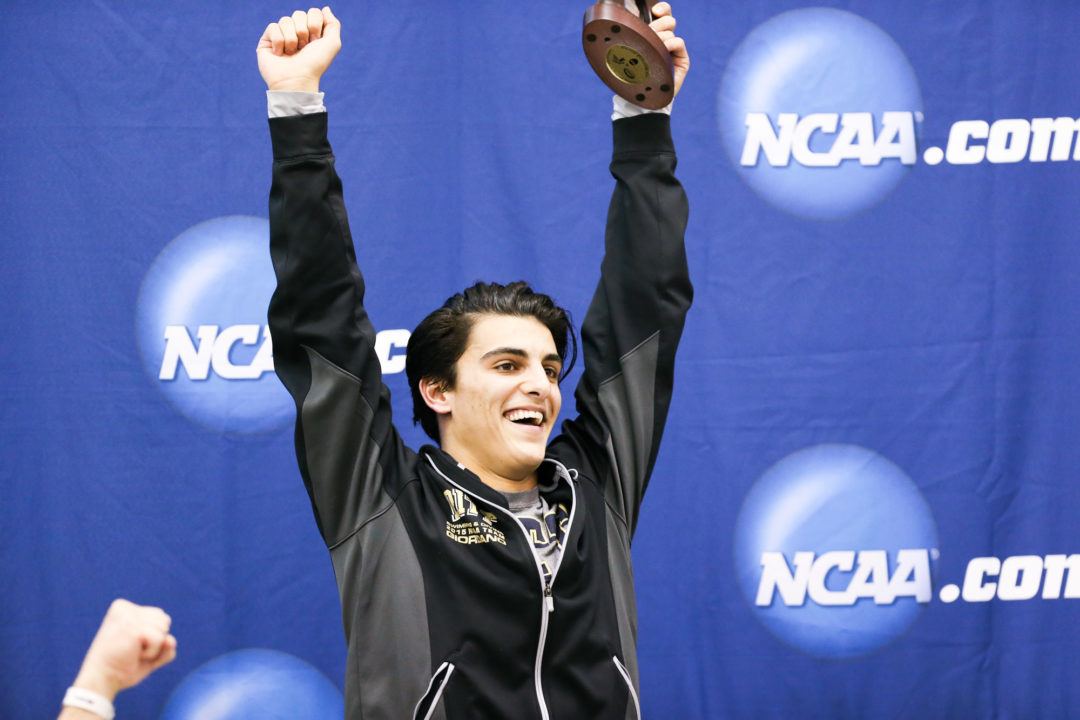 A year after the retirement of Pitt swimming coach Chuck Knoles, the school’s diving coach Julian Krug now plans to retire as well after 38 years leading the Panthers.

“After 38 of the most memorable years of my life, I bid fond farewell to the University of Pittsburgh by announcing my retirement as head diving coach,” said Krug. “This job has been so rewarding for me and brought me so much happiness over the years. My mother used to say ‘do what you love to do.’ I am eternally thankful that I can retire knowing that I was able to do that for many, many years. I leave wishing nothing but future success to the swimming & diving program at the University of Pittsburgh.”

Krug saved his biggest successes for the end, seeing out the career of Dominic Giordano, who in 2016 became Pitt’s first-ever swimming or diving national champion when he won the 3-meter diving event.

“It was a privilege to get to know Julian and work with him this season,” Pitt swimming & diving head coach John Hargis said. “For many years, his divers have competed at the highest level and excelled at conference and national meets for Pitt; this season was no different. Because of that success, his remarkable knowledge of diving and his vast experiences in the sport, he has been one of the most universally respected diving coaches in the country for a long, long time. Julian is also a great man, and we will certainly miss his enthusiasm at the pool each day.”

Hargis replaced Knoles last summer when Knoles ended his own 26-year tenure at the school.

Krug also made history in 2016 when he coached Meme Sharp to Pitt’s first ever ACC individual title when she won the 3-meter springboard event.

In total, he coached 18 individual Big East champions, 10 first team All-America performers, and 10 honorable mention All-Americans in his career. He and his wife Doe served as diving consultants for NBC Sports at 6 consecutive Summer Olympic Games, beginning with Barcelona in 1992 and running through Atlanta, Sydney, Athens, Beijing, and London.

Krug is the father of 2012 U.S. Olympic Team diver Cassidy Krug, who was also a two-time NCAA Champion at Stanford and named the NCAA Women’s Diver of the Year.

Other individual honors for Julian Krug:

A true lion in the sport, only surpassed by what a great human being. He (and Doe) will be sorely missed and I hope they still work in the club scene. Julian was a bright spot for many of us swimmers during hard times. His quick wit, again, is only surpassed bu what a great guy. One last time, “MILK AND KRUGGIES”!!

Thank you Coach for your dedication to Pitt!