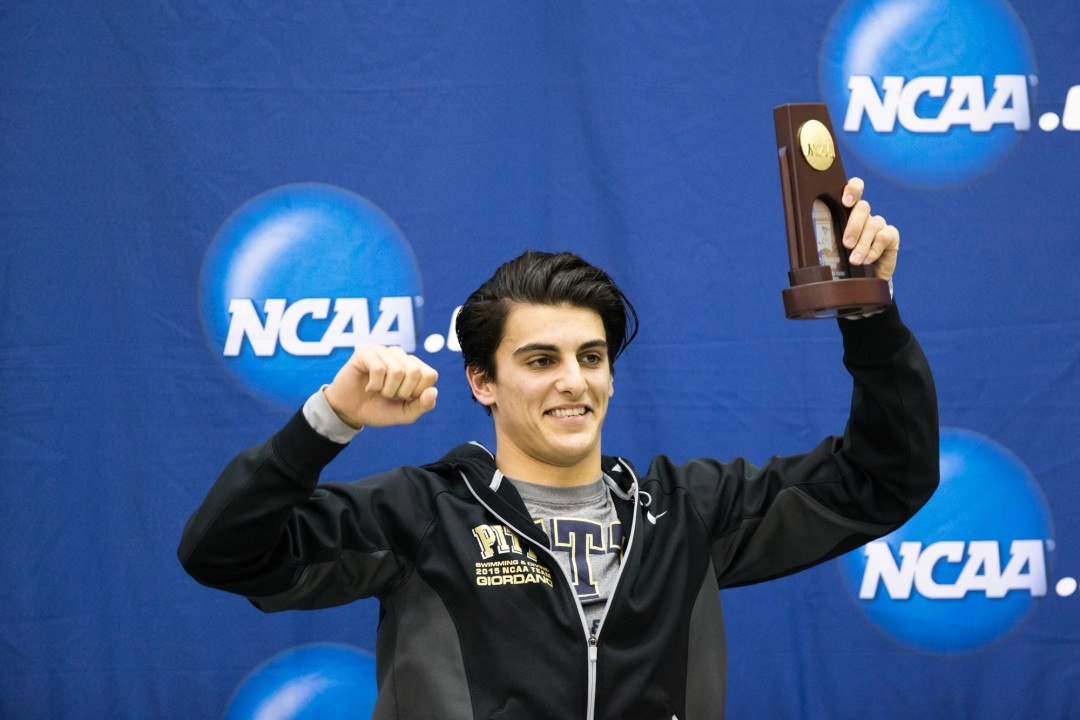 Pittsburgh junior Dominic Giordano closed out the individual events on Friday night with a narrow 2.5-point victory in 3-meter diving, becoming the Panther swimmer or diver ever to earn an NCAA crown.

Giordano was a distant third behind Herrera (runner-up last night) and UNC All-American Jack Nyquist at ACC’s last month, and was just fifth out of the preliminary round yesterday afternoon, but ratcheted it up in finals to win the title.  After leading off with three solid dives, Giordano absolutely nailed his fourth entry: a reverse 1 1/2 somersault, 3 1/2 twist in the free position that earned a score of 96.25 (including two 9.5’s and a perfect 10 from the judges), easily the highest across all competitors in the finals, and one of only two dives that was above 86 total points.  The same round, Briadam Herrera of Miami (FL)–arguably the favorite in the field–botched his forward 3 1/2 somersault, scoring just 55.80 points.  From there, Herrera quickly closed the gap over the final two rounds, but a pair of 70+ point dives sealed the narrow victory for Giordano.

There’s a chance for a second title today from Giordano off the 10-meter platform; he took home the 2015 ACC title (which doubled as Pitt’s first ever ACC diving title) in the event.