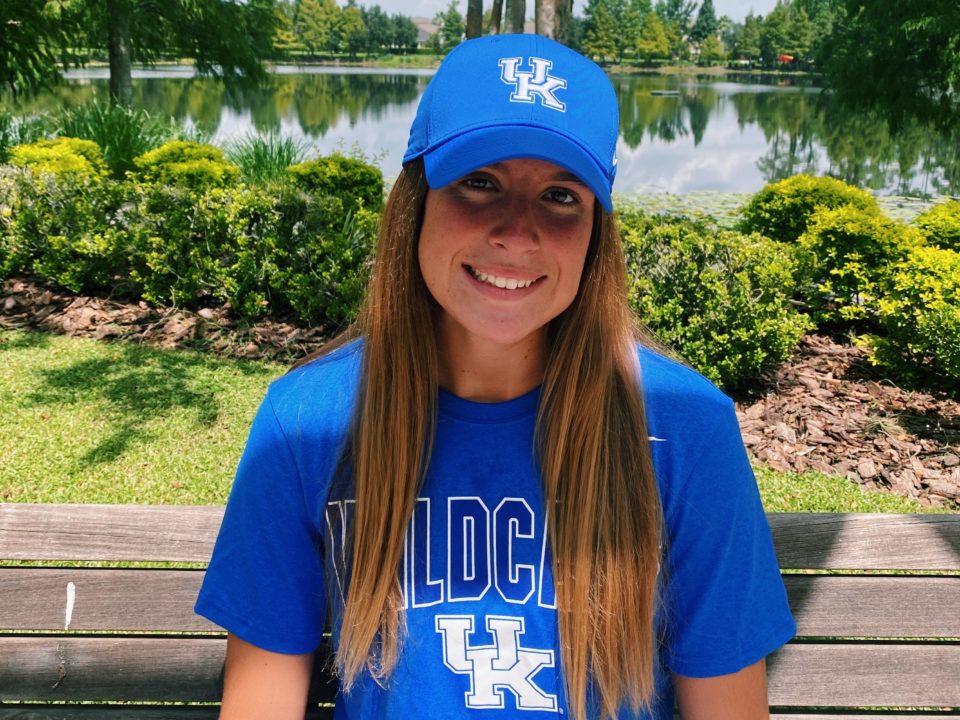 Highlander Aquatic Club's Jordan Agliano swam a new lifetime best in the 200 back, hitting a 2:12.78, her first time under 2:15. Current photo via Jordan Agliano

The Kentucky commit is primarily a mid-distance freestyler and butterflier in yards, but this is her first OT cut, and not only that, but it’s a Wave II cut. Her time is more than a tenth under the Wave II cut of 2:12.94. Agliano’s 200 back PR in yards is 1:58.56.

Agliano’s teammate Joshua Brown, an incoming freshman this fall at Villanova, went 8:12.02 in the 800 free. He dropped three seconds, and added another Wave I OT cut to go along with his existing Wave I cut in the 1500 free.

Megan Hansen, who swam for three seasons with Georgia Tech before graduating early after the 2017-18 season, dropped a new Wave I cut at 25.86 in the 50 free. Hansen’s old best of 26.22 was from March 2020, two years after finishing up with GT.