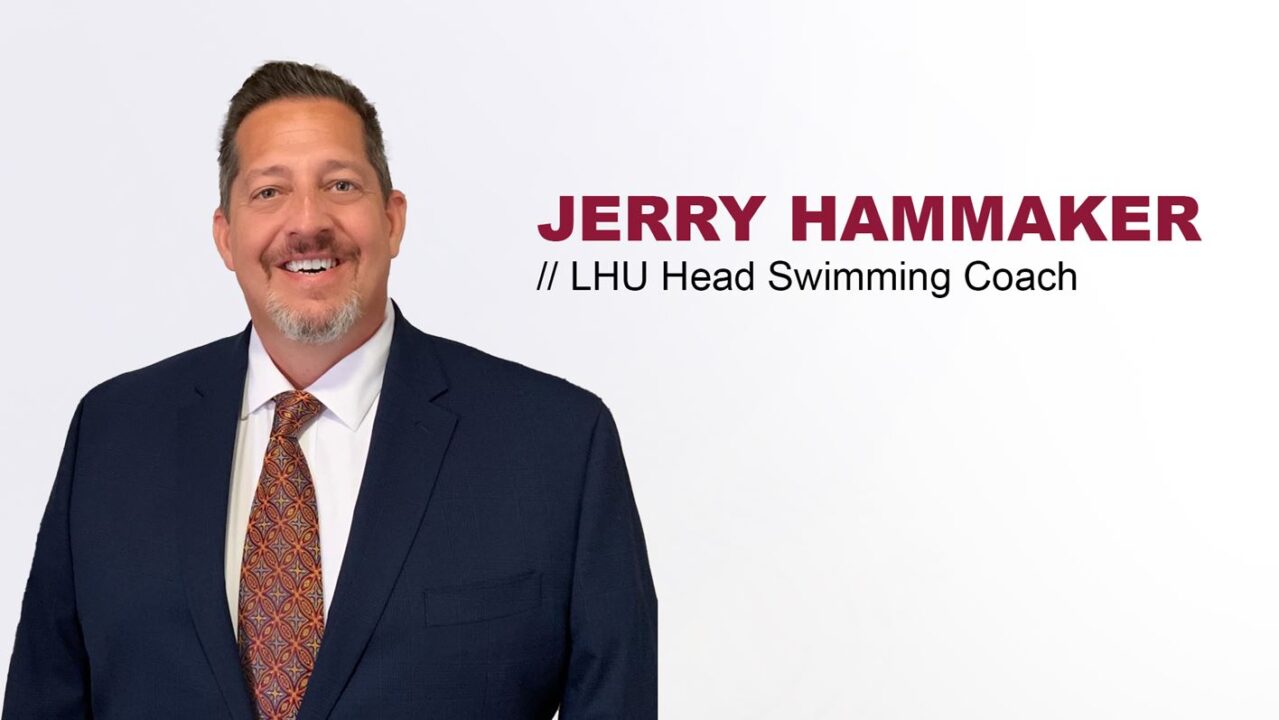 Hammaker enjoyed a record-breaking career at Lycoming College from 2001-2018, including winning MAC Women's Coach of the Year honors in 2009-10. Current photo via Lock Haven Athletics

The Williamsport, Pennsylvania native enjoyed a record-breaking career at Lycoming College from 2001-2018. During his 17 seasons at Lycoming, Hammaker coached both the men’s and women’s swim teams.

He officially took over head coaching duties at Lycoming prior to the 2001-02 season and announced his retirement from Lycoming following the 2017-18 season.

“We are thrilled to welcome coach Jerry Hammaker to The Haven family,” said Bashar W. Hanna, president of Lock Haven, part of Commonwealth University. “His impressive coaching background and strong local ties will help make an immediate impact on the women’s swimming program. I’m excited to see our student-athletes succeed in the pool and in the classroom.”

“Coach Hammaker brings many years of successful head coaching experience to Lock Haven. I am confident that he will provide a learning environment that will assist our student-athletes in meeting their academic and athletic goals,” said Tom Gioglio, director of athletics at Lock Haven.

During his first season (2001-02) as the head coach at NCAA Division III Lycoming (Williamsport, Pa.), Hammaker led the women’s program to the only undefeated season in school history. The Lycoming women were 11-0 in dual meets. In just his second season (2002-03) as head coach at Lycoming, he led a male swimmer to All-American honors in a pair of events.

“I’m proud to join the Lock Haven family,” said Hammaker. “I’d like to thank President Hanna, Dr. Ron Darbeau, and Dr. Tom Gioglio for giving me this opportunity. I’m excited to get started and I can’t wait to help these women achieve their goals in and out of the pool.”

In 2010, he led the Lycoming women’s team to the Middle Atlantic Conference (MAC) team title and he was named the MAC’s 2019-10 Women’s Coach of the Year.

Hammaker was named the 2013 Robert Darrow Curry Lycoming Athletics’ Coach of the Year.

During his impressive tenure at Lycoming, Hammaker led the Warriors to 24 individual or relay conference championships. He also guided 233 swimmers to individual All-Conference honors. Under his leadership, the men’s and women’s swimming programs at Lycoming broke nearly 100 school records.

Hammaker is a 1989 graduate of The College of Wooster (Ohio), where he earned a degree in speech communications with a philosophy minor. He was a four-year letter winner and a school-record holder in the 400-yard individual medley for the Fighting Scots.

Jerry is an experienced, outstanding coach who should be very able to build the program at Lock Haven!