Jeanette Ottesen, Lotte Friis, Pal Joensen All Confirmed for Duel in the Pool 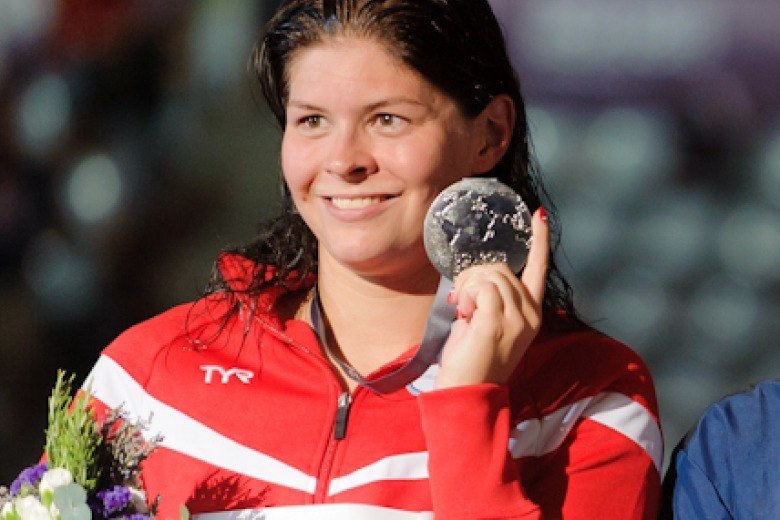 Lotte Friis, the woman who went toe-to-toe with Katie Ledecky at Worlds, is one of three Danes who have accepted spots on the 2013 Duel in the Pool roster.

Three Danish stars, Jeanette Ottesen, Lotte Friis, and Pal Joensen, have been confirmed to participate in the 2013 Duel in the Pool by the head of Danish Swimming, Nick Juba. Juba also announced that Rikke Moeller-Pedersen, the current World Record holder in the 200 breaststroke, is “unavailable on this occasion.”

These additions are huge for the European squad. Based on what we saw at the World Championships, now the as-of-yet-unannounced addition of Katie Ledecky to the American roster is the only thing that can keep the Europeans from a win in at least the women’s 800, and perhaps the 400 free as well.

Meanwhile Ottesen gives the European All-Star team some much-needed sprint firepower. She was the 2011 World Champion in the 100 free and the 2013 World Champion in the 50 fly. Though the Duel in the Pool will only have Short Course Meters editions of the Olympic events, so no 50 fly, the 400 free relay is one where the Americans are probably most vulnerable for defeat, especially given that the United States’ top 100 freestyler Missy Franklin will probably not attend with Cal being right in the heart of their final exam schedule as the American team leaves for this meet.

And on the men’s side there’s Joensen – who splits his time representing Denmark and and his native Faroe Islands. Joensen was 7th at the 2013 World Championships in the men’s 1500 free. He will also eat-up a valuable lane in the 400 free, where he was 10th at the Olympics (but didn’t swim at Worlds).

The meet will take place on December 20th and 21st in Glasgow, Scotland and pit a group of top American swimmers against an all-star lineup of European champions.

Hopefully Ledecky goes so Europe doesn’t sweep the distance events. Otherwise, I am afraid it is looking like Europe will win the meet!

0
0
Reply
EmilyR
Reply to  A swimfan

well according to Craig Lord it seems Katie will be there yay! 😀

btw Bobo where did you hear that Missy & the Cal Bears wont be competing? i hope that isn’t so!!

Emilyr, about Missy and the Cal girls, I read the article written by Mr Keith.
He talks about final exam schedule at this period.
But he writes “will probably not attend”.
The “probably” leaves a hope.

And thank you for the news about Katie. If she swims fully tapered in Glasgow, she will crush the 400 free and 800 free world records.

speaking of the lady bears heres a brief summary of how they did @ their 1st conventional dual meet this season
http://www.calbears.com/ViewArticle.dbml?DB_OEM_ID=30100&ATCLID=209269852

Celina did well too!

And I read it’s unlikely to see Missy Franklin and the Cal girls. 🙁

Lotte vs Ledecky round 2, DanishSwimFan 🙂 🙂 🙂

RMP is a bit of a loss for the Europeans as she’s a monster in short course. Efimova hasn’t swum a lot of short course in the past but then she’s swimming the Dubai world cup so perhaps she’ll do the breaststroke duties…