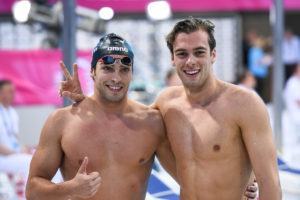 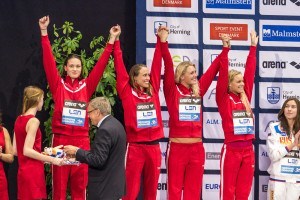 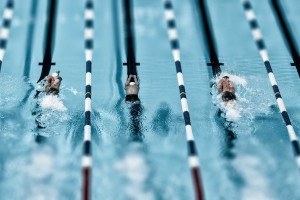 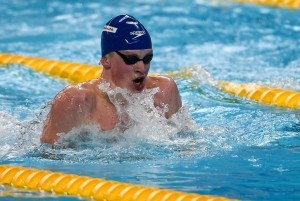 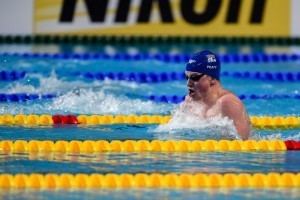 Peaty Posts a 59.55 to Win the 100 Breaststroke in Edinburgh

Adam Peaty won the men’s 100 breaststroke at the Edinburgh International in a time of 59.55…

Pal Joensen
Born Dec. 10, 1990 Pal Joensen is a distance freestyle specialist from the Faroese Islands, and the first Faroese swimmer to win a medal at the World Championships. Since 2012 Joensen decided to move to Copenhagen in order to train at the Danish National Training Center.

Faroese Islands
Joensen is a Faroese Olympian, and multiple Nordic Record Holder originally from Vagur in the Faroe Islands. He’s the first Faroese swimmer to win a medal at the World Championships, which was accomplished in 2013. At the Olympic level, Joensen competes for the nation, Denmark, since the Faroese Islands are not recognized as an International Olympic Committee nation. He’s also the most decorated swimmer in the nation’s history – he has multiple Faroese Records, including events that he doesn’t focus in.

The Pal Effect
Coming from a nation with only 48,000 people, Joensen is one of the premier sportsmen of his nation, winning three Sportsman of the Year Awards in a row until they ended the award – he also has won more than 100 gold medals from the Faroese Swimming Championships. Joensen has inspired many people, particularly for his success coming from such a small nation with no access to premier facilities – according to The Telegraph, Joensen trained in a 25m pool leading up to London, with no access to an Olympic-sized facility. The media and Faroese people began calling his inspiration The Pal effect, which is now the title of a book written about Joensen.

International Breakout
2007 was the first year that Joensen stepped up to the senior level – he competed at the FINA World Swimming Championships. He didn’t make it past the heats, but later in the year Joensen competed at the 2007 Island Games, where he won five gold medals and one bronze. But it was 2010 that Joensen grabbed the swimming community’s attention, when he finished fourth in the 1500m freestyle at the 2010 World Short Course Championships. Although he didn’t win a medal, Joensen was unheard of altogether, even shocking the meet announcers with his high finish.

2012 London Olympics
In 2012 Joensen vied for his Olympic birth, representing Denmark. At the 2011 World Championships in Shanghai Joensen hit his Olympic qualifying mark in the 1500m freestyle,setting a new Nordic and Faroese Record, but he had yet to qualify in other events. At the Danish Open, he won gold and his his Olympic mark in the 400m freestyle, setting a new Faroese Record. To the Faroese media, Joensen had a disappointing performance in London, making newspaper headlines – his best finish was 10th place, which came in the 400m freestyle.

Worldwide, he’s currently one of the top-10 fastest swimmers in the 1500m freestyle.