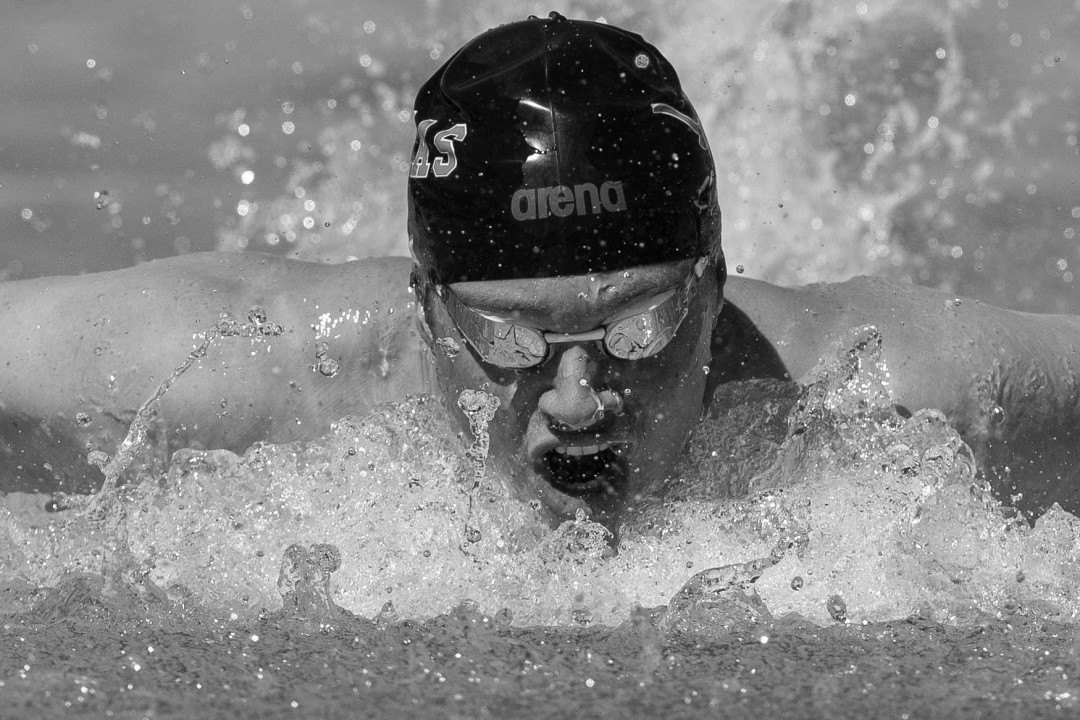 One of America's top butterfliers, Jack Conger, will swim both backstrokes in addition to his expected butterfly and freestyle combo at the upcoming Olympic Trials. Archive photo via Mike Lewis/Ola Vista Photography

One of America’s top butterfliers, Jack Conger, will swim both backstrokes in addition to his expected butterfly and freestyle combo at the upcoming Olympic Trials.

Conger, who holds the American record in the 200y butterfly, is poised to earn his first Olympic team berth as the #2 seed in the 200 fly and #3 seed in the 100 fly.

After his impressive sub-48 relay split from the 2015 World University Games in addition to NCAA free relay heroics, Conger was expected to go for the 100 and 200 free to make his way onto one of the USA’s free relays for Rio. He’s seeded 8th in the 200 free and 11th in the 100 free.

The somewhat surprising additions to his lineup are the 100 and 200 backstrokes. Of course, just because a swimmer is entered in an event does not mean they will swim it, so this could be a move to keep Conger’s options open for the week. Nonetheless, he did not swim any backstroke at NCAAs this year after coming to Texas as a very strong backstroker in high school.

Conger also has yet to swim any long course backstroke in the 2015-16 season, which suggests his backstroke entries for Omaha are more for the “keeping his options open” possibility. His seed times are 54.09 and 1:58.54, respectively, and he’s seeded 6th in the 100 and 13th in the 200.

If he’s entered 50free as well he’s just entered every event he’s qualified for, keep all his options and swims open. Think the knowledgable swim fan would be suprised if he swam more than 100/200fly and free, but if he did swim backstroke I’d assume himself and Eddie are realistic he wouldn’t qualify but would get an indication where he is at with it now not been his main focus.
No reason he couldn’t go 53 high 100back heat and scratch.

Yess , thats what i sense for him

what if he misses the team in the 200 free. what then is your guess for goal time in 100 free. and what if he is two tenths slower. does he risk it and swim it at night before the 200 fly?

No idea. I’d guess he keeps swimming prelims/semis/finals until he qualifies in something. The backstroke s are just bonus events to swim for a time