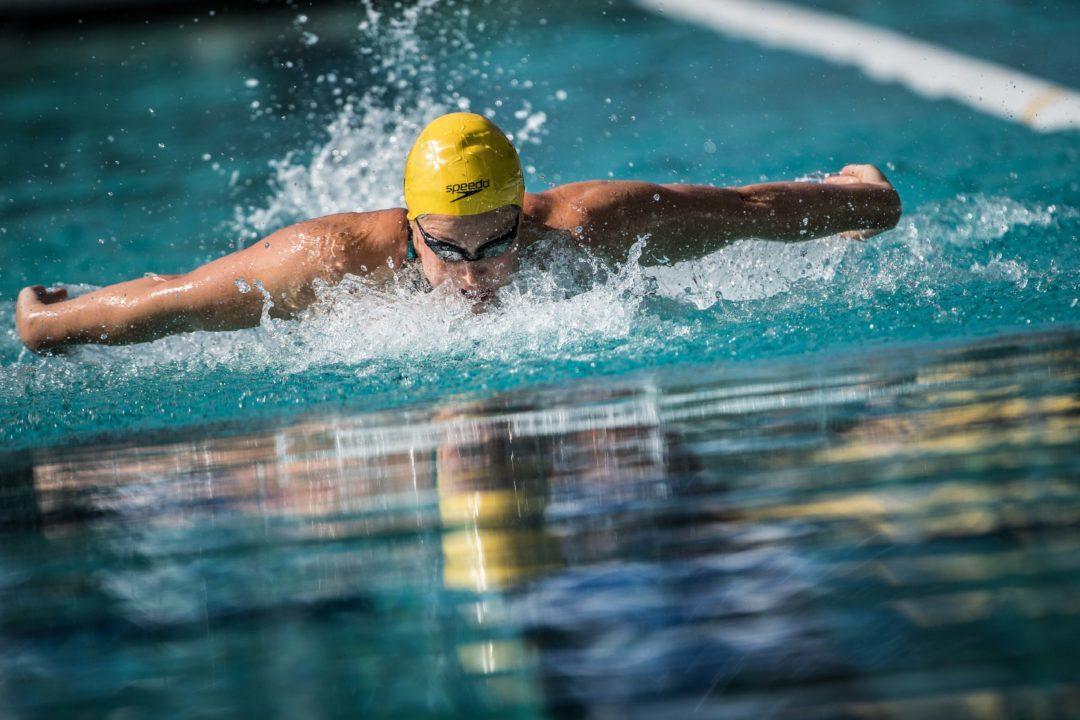 2012 Olympian Caitlin Leverenz will only swim the 200 and 400 IM at the 2016 U.S. Olympic Trials, per the psych sheets that dropped earlier today. Archive photo via Mike Lewis/Ola Vista Photography

2012 Olympian Caitlin Leverenz will only swim  the 200 and 400 IM at the 2016 U.S. Olympic Trials, per the psych sheets that dropped earlier today.

Since then, though, Leverenz has transitioned more into a butterflyer than a breaststroker. She went a lifetime-best 2:10.60 in the 200 fly last November at a World Cup meet, opening up the possibility of an Olympic berth in that event.

Leverenz’s event selections make clear her priority is on return Olympic trips in both IMs, rather than trying to expand her event lineup at age 25.

She might have a chance since of the younger IM swimmers are swimming lots of events.