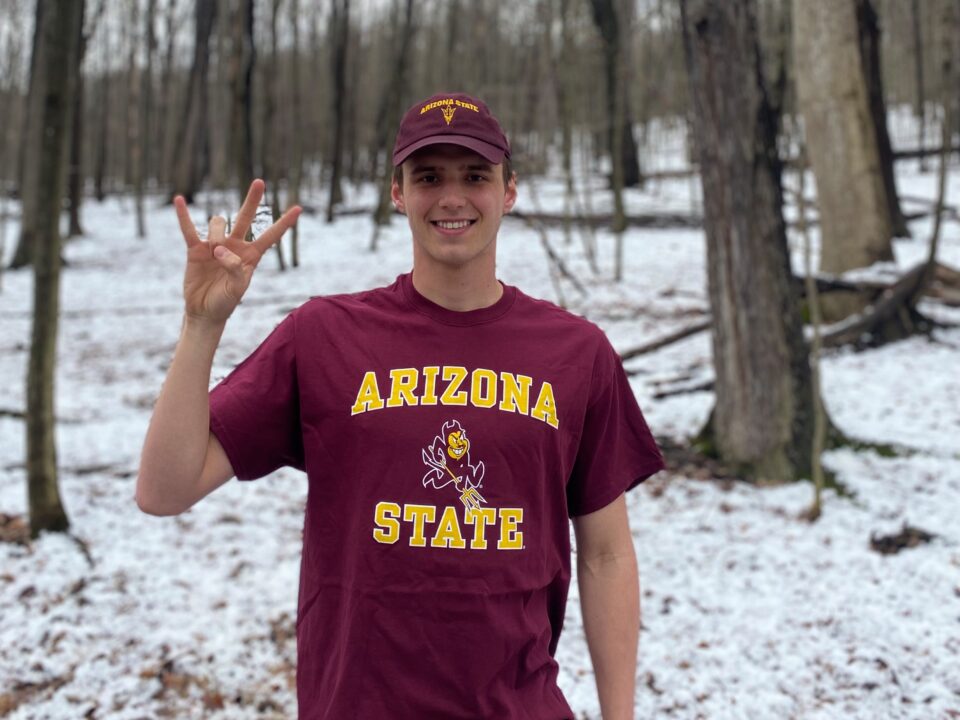 Jack Wadsworth, who broke the NCAA D3 record in the 100 back while swimming for Ithaca College, will transfer to ASU in the fall. Current photo via Jack Wadsworth

“I verbally committed to Arizona State University because of the outstanding program, academics, team atmosphere, and beautiful campus. I’m super excited to represent a team like ASU and put forth all that I have for this amazing sport. I want to thank all those who helped me get to this point. Ithaca College has been a great experience and place for me to hone my skills but this is the next step in my journey. I’m ready to get after it! Go Sun Devils!”

Wadsworth had a huge season at Ithaca in 2021-22, culminating in an NCAA Division III record (46.45) and national title in the 100 back at the 2022 NCAA Division III Championships. He was also runner-up in the 400 IM (3:49.26) and third in the 200 back (1:44.44). His times at NCAAs represented enormous improvements from those with which he arrived at Ithaca in the fall of 2020. Below is a comparison of his best SCY times upon graduation from Woodstock High School and his PBs after two years at Ithaca (NCAA Division III was largely shuttered in 2020-21 due to the pandemic):

Good for him, Ithaca College is known for over recruiting in all their sports the enrollment there is about half of what it should be or could be; lots of pressure on the coaches to recruit as many as possible to make numbers. it’s good to see someone work hard and move on to higher competition, good luck.

What does over recruiting mean? These programs only exist because they drive enrollment.

And congratulations to this swimmer!

Those are some pretty incredible time drops!

Congrats to Jack – thrilled to see a swimmer from Vermont flourishing.

Sad to see him leave d3, but also wouldn’t be surprised to see him score at D1s before he graduates