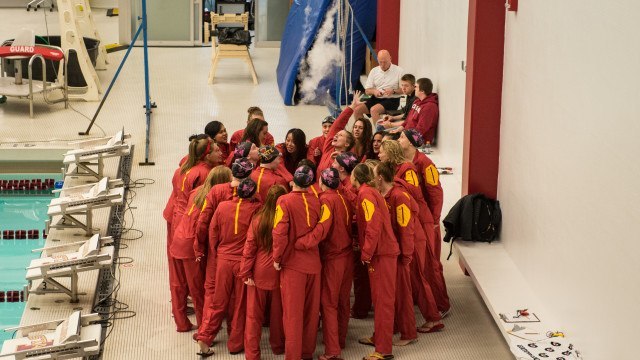 These two wins were good for the 99th and 100th ISU career dual meet wins for head coach Duane Sorenson. Coach Sorenson is in this 19th season as head coach for ISU and is hot off a 2nd place finish at the Big 12 Conference Championships last season (the program’s highest finish at the meet). While part of the Big 12, Sorenson has been named Co-Swim Coach of the Meet and Swim Coach of the Meet at Big 12’s in 2001 an 2015, respectively. In his 18 seasons at ISU, Sorenson has a record of 97-79-1.

The teams return to competition on Saturday November 7th for a pentathlon competition.

Should be noted that Sam Schuttinger swims for the University of South Dakota, not ISU 🙂