Amaltdinov and Davis Shine as Purdue Puts Away Iowa 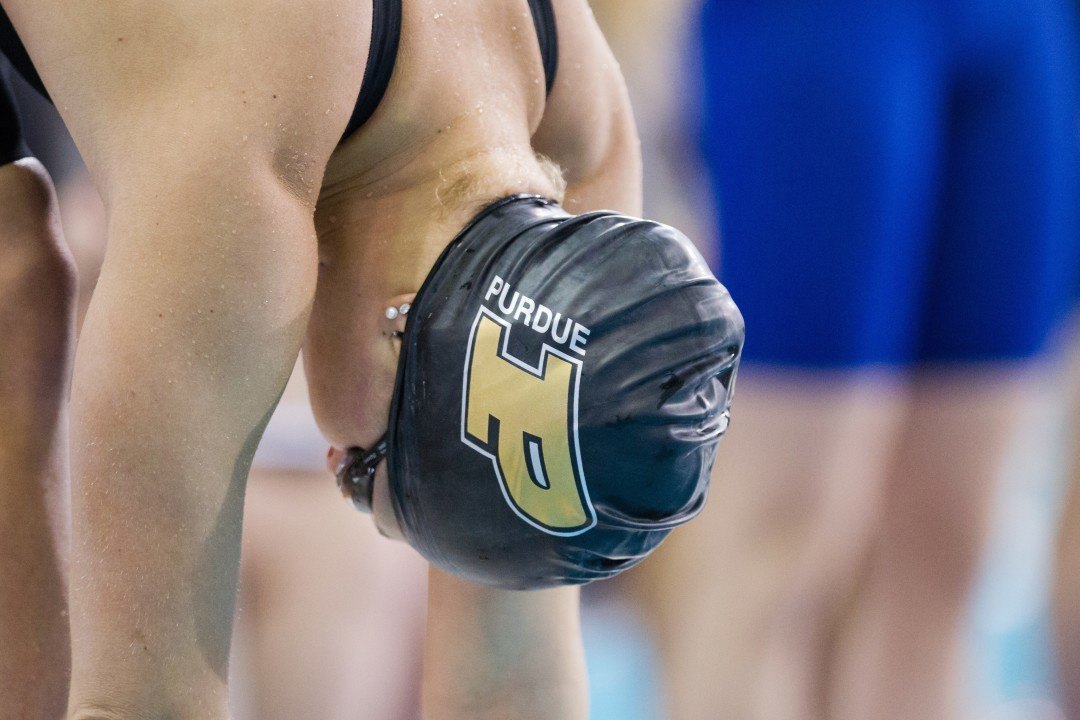 The Jean K. Freeman Aquatic Center erupted with chants of “GO GREEN,” “GO WHITE” and “MSU” this weekend in what could be the Spartans’ last meet.

The Purdue men and women hosted the Iowa Hawkeyes at West Lafayette yesterday, easily handling their Big 10 Conference foes 179-117 in the women’s meet and 188-112 for the men.  Both teams turned in NCAA “B” cuts during the event, and Purdue managed to shake up the NCAA individual event rankings as well, landing five swims in the top ten.

Other double event winners were Purdue’s Gracie Hernandez who took the 50 free (23.68) and 100 free (51.34,) while Mary Beth Dunnichay who swept both the one meter and three meter diving events.