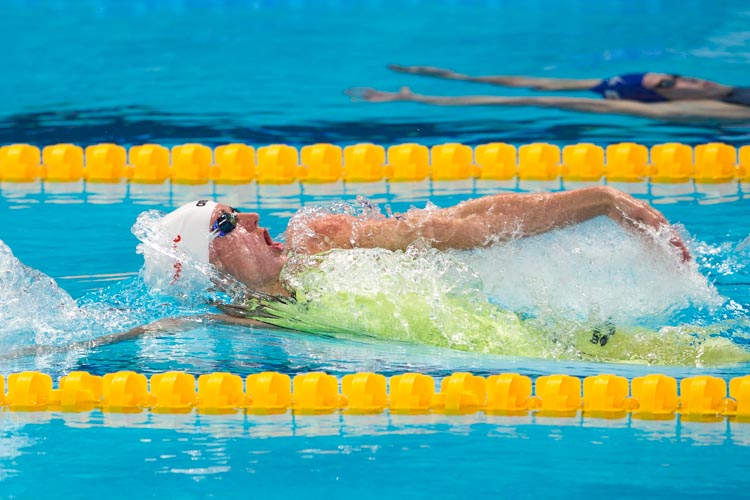 SwimSwam thanks SwimmersBest for sponsoring “Drill of the Month.”  This is a SwimSwam recurring feature that brings drills and idea... Current photo via Tim Binning/TheSwimPictures.com

More Drill of the Month

When you combine the proper equipment with the correct drill, swim flaws can be corrected faster than by drills or wishful thinking alone.

Is Your Dryland Program Truly Swim-Specific?

Every swim dryland program should build the athlete’s power while simultaneously their Swim-Specific technique and muscle chains.

Can Stationary Swimming Be Beneficial To Your Training?

This type of swimming can’t replace your regular training, but it works as a substitute while traveling to places where only small pools are at your disposal.

Optimize Your Training No Matter Where You Are

Check out the many ways you can continue to get the most out of your training while away from home!

Busy Triathletes: How To Swim Without Water

You can improve technique, speed and power of your swimming EVEN without getting in the water as often as you would like.

by Shawn Klosterman Off

SwimSwam thanks SwimmersBest for sponsoring “Drill of the Month.”  This is a SwimSwam recurring feature that brings drills and idea submissions from various creative and innovative coaches all over the world.

Sidni Meister is one of the most natural backstroke specialists we have ever had the pleasure to work with at Berzerker Swimming.  At an early season practice one day, we noticed that our two best backstrokers, Sidni being one of them, could not properly perform a drill we called “up-down-up.”  As coaches, we had to step back and re-evaluate the purpose and effectiveness of the drill because ideally we want our team to take on the attributes of our top backstroke swimmers, rather than the other way around.

After taking some video, we noticed two things that separated these two swimmers from the rest.  First, these two swimmers had a much more effective catch due to their arm position relative to their body rotation.  Second, that arm and body position made an immediate catch and pull easy to perform seamlessly and without hesitations.

We immediately dropped the “up-down-up” drill from our toolbox, and decided to seek exactly which drills might help the rest of our team learn to bring their backstroke to this level.  What we discovered was that those very two backstrokers who struggled with the “up-down-up” drill, were also leaps and bounds ahead of their teammates in the performance of proper “one-arm backstroke.”  Those who don’t have the timing, catch and continuous, immediate pulling pattern struggled to swim a steady one-arm back, and would often look bouncy, snaking around much more than their teammates who were more effective.

What we look for in the performance of one-arm backstroke drill:

Sidni Meister is a 12 year-old Sectional Qualifier and Arkansas LSC Record Holder from Parsons, Kansas.  Berzerker Swimming, founded in 2000 by current C.O.O and Head Coach, The Screaming Viking, is based out of Webb City High School in the far South West corner of Missouri.  The team is named for the highest of the Viking warriors, who were reputed to have fought with such fervor in battle that “neither fire nor iron could harm them.”

SwimmersBest is leading the way for the future of swim training equipment.  The company offers a broad range of solutions for improving stroke technique, kick technique, and breathing technique.   They provide swimmers, coaches, and teams with the tools they need to balance technique training with conditioning training.  By combining the best drills with the best tools, the SwimmersBest products give swimmers instant tactile feedback so they can adjust their technique efficiently.   The old way of having coaches constantly remind swimmers of their individual problems has proven to offer very little improvement in technique.  All SwimmersBest products are designed to constantly ‘talk to the swimmers’ so they can feel the problems and make corrections.   This unique approach means the swimmers are given negative feedback for incorrect stroke technique, which compels the swimmers to quickly correct the problem on their own. With a constant flow of new innovative product designs, SwimmersBest is a company that will continue to deliver solutions you need.