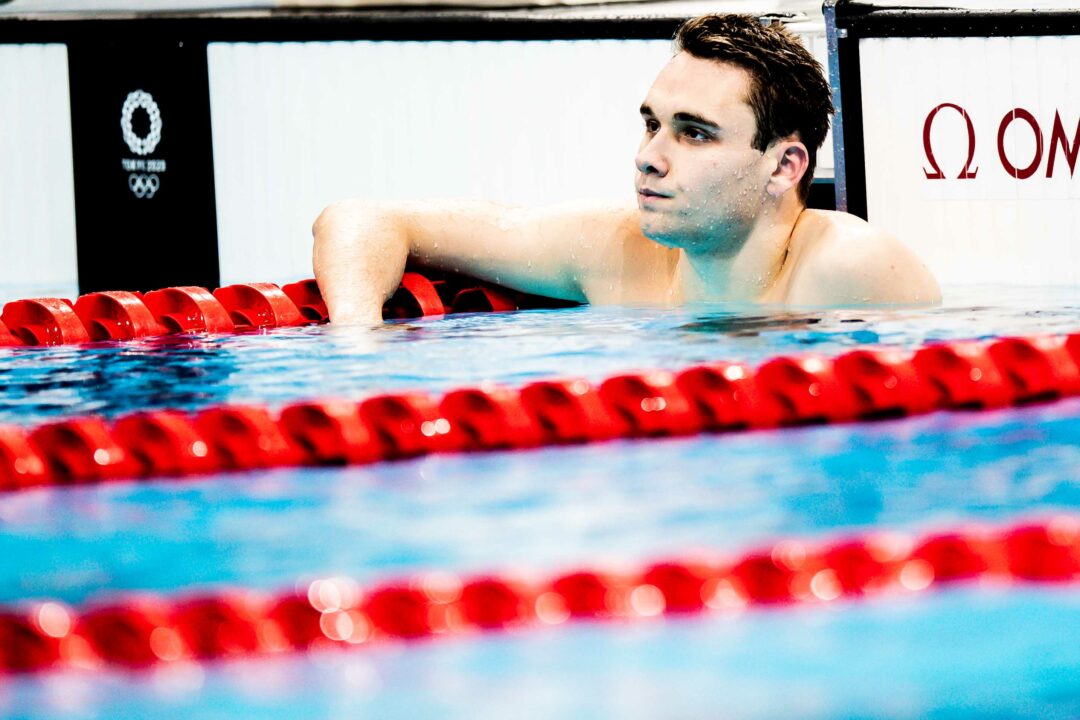 Team Iron will have a high ceiling this year as the likes of Hosszu, Kromowidjojo, and Sakci meet newcomers Milak, Richards, and Seemanova. Archive photo via Jack Spitser/Spitser Photography

In season 1 of the International Swimming League, Team Iron finished fifth out of eight teams during the regular season, which made it the top-finishing team to miss out on the finals. During season 2, Iron qualified for the semi-finals but came third in the meet to the Cali Condors and LA Current, which kept Iron out of the final meet for a second straight year.

Iron is back for its third season in the league and will be returning many of its key members from seasons past as it makes a third attempt at getting into the final, which is set to be held in January 2022. Among those who Iron has retained for season 3 are 13th-place 2020 finisher Ranomi Kromowidjojo, 28th-place finisher Nicholas Santos, 47th-place finisher Katinka Hosszu, 52nd-place finisher Melanie Henique, and breaststroke breakout star Emre Sakci.

In addition to those who will race for Iron for their second or third ISL seasons, the team got an infusion of new athletes in 2021 including ISL rookies and transfers. The biggest names on the list are world record holder and Olympic champion Kristof Milak, Olympic relay medalist Matt Richards, Olympic finalist Barbora Seemanova, and Olympic semi-finalist Jenna Strauch.

Of the 36 swimmers that team Iron announced for its 2021 roster, 32 will go to Naples, Italy, and as per league rules, 28 swimmers will be entered in each meet (including two per gender who can only swim relays).

Iron will compete in the regular season according to the following schedule:

One of Iron’s strengths during last year’s ISL season was both the the women’s and men’s sprint freestyle, as Ranomi Kromowidjojo, Melanie Henique, Maxim Lobanovszkij picked up a number of top-two finishes throughout the season. Kromowidjojo, Henique, and Lobanovszkij will all be back for season 3 to again provide Iron with an edge against the many other sprint-heavy rosters that we’ve seen so far. Thom De Boer, Barbora Seemanova, Matt Richards, Emilie Beckmann, and Mikhail Vekovischev, among others, will also provide some options that could make Iron even more competitive in the individual sprint freestyles.

Seemanova, Richards, and Luiz Melo‘s additions to the team will provide even more depth in the sprint freestyles while also stepping up the team’s 200 freestyle game. Further, Seemanova and Melo will also likely be a useful addition to Veronika Andrusenko, Dávid Verrasztó, and Leonardo Santos‘ efforts in the 400 this season.

Arguably the biggest strength for Iron this season will be the men’s butterfly events. Nicholas Santos was the man to beat last season in the 50 butterfly and won the event four out of the five times he swam it. After a second-place finish at match 2, he went on a four-meet streak, defeating the likes of Chad le Clos, Andriy Govorov, Caeleb Dressel, Michael Andrew, Takeshi Kawamoto, and Marcin Cieslak along the way. While Santos was Iron’s premier butterflier last year, Kristof Milak has joined the ranks for 2021 and is one of the world’s most dominant butterfliers in history.

Milak earned legend status back in 2019 when he won World Championships gold in the 200 butterfly, breaking Michael Phelps‘ world record from back in 2009. At the Tokyo 2020 Games he was golden again in the 200 butterfly, taking gold by more than 2 seconds. Milak will be the decisive favorite in the event this season but also has an Olympic silver to his name in the 100 butterfly, which gives him an important duality. He took silver to Dressel in Tokyo in the 100 but said in a post-race interview that he believes he has what it takes to catch the American.

Emre Sakci was an incredible asset for Iron during season 2 as he picked up countless points in the 50 breast, 50 breast skins, and 100 breast. On his own Sakci has the potential to make breaststroke Iron’s biggest strength, but he won’t need to do so alone considering the addition of three strong breaststrokers to the roster this year. Bernhard Reitshammer, Erik Persson, and Kirill Strelnikov will all swim this season for Iron, and it seems likely that at least one (if not more) of them will rise to become a strong second to Sakci.

Ida Hulkko and Jenna Laukkanen were the breaststrokers last year for Iron, but this year, while Ida Hulkko has returned, the team has swapped one Jenna for another in the form of Jenna Strauch. Hulkko and Laukkanen did well for Iron last year in the individual events and fended off a talented group of competitors in the 50 breaststroke skins during semi-final 2 to take third and fourth place, respectively. If Tokyo semi-finalist Strauch transitions well to the short course, she could serve as a complementary force to Hulkko.

Robert Glinta and Guilherme Basseto were consistent forces for the team last year in the stroke. This year, the addition of backstroker Lorenzo Mora will give them some added depth. The trio are not guaranteed to be on par with the butterfly and breaststroke divisions of the men’s team, but have the potential should they find their groove.

One big question heading into the Tokyo Games was whether or not Katinka Hosszu would deliver as dominant a performance that she did in 2016. Hosszu fell short of where she was in Rio and didn’t actually collect any individual medals. We’re now left wondering, however, if she’ll be able to transition into ISL mode and head up the 200 fly, 200 backstroke, and 100/200/400 IM events for Iron. Hosszu had a strong showing last year in those events but remains only a contingent strength for the team until we see what kind of shape she’s in. Returning Maria Ugolkova and new Iron swimmers Africa Zamorano Sanz, Costanza Cocconcelli, and Alys Thomas will all be on deck in the Hosszu events, which will keep options open for the team should Hosszu not be at her best.

Relative to Iron’s other stokes, it seems as though the women’s backstroke group will be the weakest subset for the team this year. Melanie Henique and Katinka Hosszu will be joined by an onslaught of new backstrokers this year in Ingeborg Vassbakk Loyning, Silvia Scalia, Danielle Hill, and Africa Zamorano Sanz. Considering that Henique will be focused on the freestyle and butterflies, and Hosszu on the IM and butterfly, combined with the lack of obvious star power among the newcomers, the women will likely have some work to do in order to avoid being “jackpotted” by the league’s leading backstrokers.

With a fairly well-rounded team this year and a potential to perform in each stroke, the men’s team’s weakness this season could potentially wind up being its freestyle relays. With depth in the backstroke, breaststroke, and butterfly comes a lack of depth in the sprint freestyle that could show up when they need to enter eight men in a freestyle relay.

As previously mentioned, Iron successfully retained a number of its top performers from seasons past while also managing to add some important new team members to fill in weak spots. Something else that Iron has going for it for the regular season is the fact that all of its top performers are expected to be in Naples for the month of racing.

Should the coaches make the right decisions in terms of which 28 swimmers compete at each meet, Iron should have a good shot at being the most well-rounded team in the league.