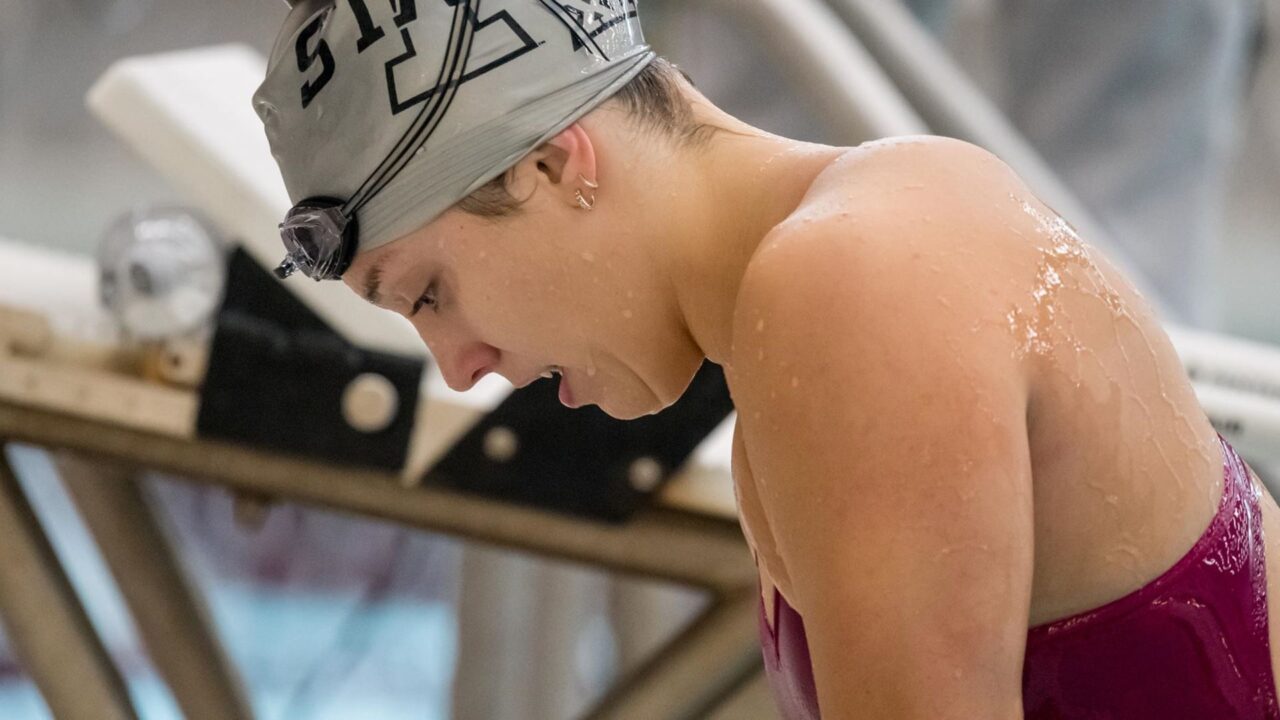 Lucia Rizzo hit a career milestone, notching 500 career points with her second-place finish in the 200 free with 1:54.70. The senior notched a win in the 400 IM later in the dual to bring her career total to 509. Two points now separates Rizzo from recording her name on the all-time top scorers list.

In three-meter diving, Jayna Misra posted the sixth-best score in Iowa State history with 314.40, marking the first addition of her name to the three-meter top-performers list and her first Zone cut of the season. The junior topped her previous PR by 17.1 points.

Also on three-meter, freshman Kimball dove to a new PR of 266.40 as the Iowa State divers competed in exhibition on both boards.

On the one-meter Misra posted another Zone cut with 291.65, while sophomore Joscelyn Buss dove to her first career Zone cut with 289.85. Buss narrowly missed becoming an Iowa State top performer in the event by a score of .46. Lauren Kimball also faced a narrow miss, as a score of 2.10 separated her from a Zone cut as she totaled 262.90.

“I definitely saw improvements from our last meet,” Diving Coach Jeff Warrick said. “I was very excited to see the Zone-qualification scores. I thought Jayna has really stepped up her performance and was much more consistent. Joscelyn was pushing getting a Zone cut last year, but now she got it. Lauren had a great performance on one-meter and really showed big consistency improvements.”

A number of swimmers notched personal season bests including Brinley Horras as she swam to the win in the 200 free with 1:53.39. The Cyclones swept the event with Rizzo taking second and Jasmine Weiland grabbing third with 1:58.83.

Newcomer Winter Craig tallied her second 200 fly victory on the season with 2:05.90, dropping her personal season best by nearly four seconds with 2:05.90.

Freshman Carley Caughron continued her hot streak posting her fourth event title in five meets. Caughron notched the fastest 100 free time with 52.68, the first win of her career in the event. Touching next was Maddie Ziegert with 52.96 and Andie Quirke with 54.13, solidifying an additional Cyclone sweep on the night.

“We had people swimming different events and some other people had time to shine,” Head Coach Duane Sorenson said. “Winter really stood out in the 200 fly, Martha Haas was able to swim the 50 free since it’s right before the 100 breast usually and Carley swam the 100 free for the first time this year and did an outstanding job. Alaina Breitbach in both breaststroke races did outstanding.”

Next up the divers head to Columbia, Mo. for the Mizzou Invite Nov. 17-19 and the swimmers take on the Kansas Classic in Topeka, Kan. Nov. 19-21 for the first championship-style meets of the season.

“Today was a great chance to see our swimmers compete in some events they haven’t had a chance to swim in so far this year,” said head coach Todd Samland. “It was nice to see many of our swimmers getting up and racing strong. We were able to see a few things that are starting to pay off from our hard work at practice.”

Payton Easley, Annie Leinart, Olivia Theil, and Olivia Wassink all placed second for Omaha. Easley swam a 24.71 50-free, while Leinart finished second in the 200-breast with a time of 2:27.22.

The 400-medley team of Easley, Gracie Streblow, Parker Hagemann, and Morgan Baker came in right behind the second-place finishers with a time of 3:48.00. Easley’s first leg of the race led the team with a time of 56.19.

Omaha earned third-place finishes in the 200-medley relay and five individual events. Streblow, Caroline Gardner, Annika Harthoorn, and Matthews posted a time of 1:47.24. Matthew closed the race with the quickest time of the event at 24.43.

Both the men’s and women’s teams will be back in action on Saturday, Nov. 13. The Mavericks open league action hosting South Dakota State at 2 p.m.

“We have a big challenge in front of us with SDSU coming to Omaha next weekend. We hope to be competitive with them.”