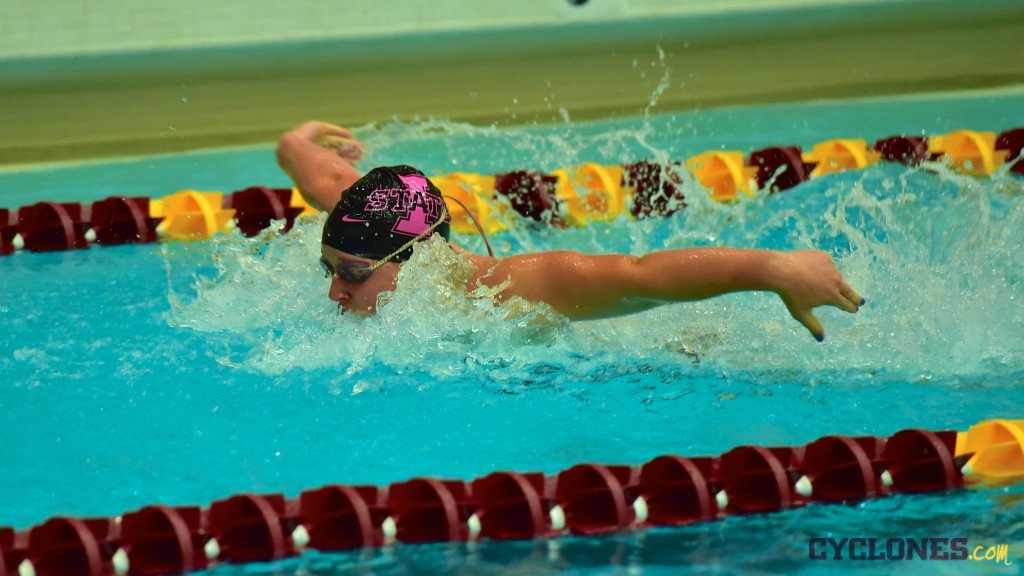 Iowa State senior Amanda Paulson entered with 96 career victories, meaning a perfect four-for-four performance would give her 100 for her Cyclone career.

Paulson would win three out of four, as the Cyclones dropped the 400 medley relay. Iowa State took second in 3:52.57 to West Virginia’s 3:51.58. To her credit, Paulson anchored with a 51.63, closing a deficit of over two and half seconds to just under a second.

As the lead off leg for the victorious 200 freestyle relay, she put Iowa state in front with a lead the Cyclones would not relinquish. Paulson’s 23.60 gave the Cyclones a comfortable cushion enroute to their 1:35.14 finish.

Ultimately, however, it would be the Cyclone’s day, as they beat West Virginia for the second straight season.