As more and more evidence piles up to support a state-sponsored doping program within the nation of Russia, the International Olympic Committee (IOC) has officially suspended the Russian Olympic Committee from the 2018 Winter Olympics while creating a strict process for allowing clean Russian athletes to compete under the Olympic banner. Stock photo via Dave Catchpole 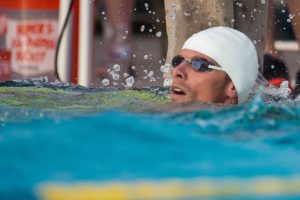 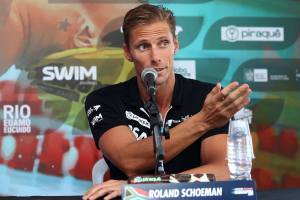 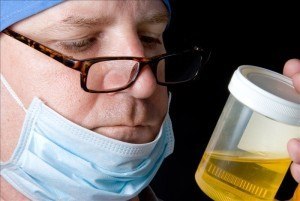 According to France’s AP news wire, CHINADA has decided to “temporarily” suspend its activities because of the coronavirus epidemic.

As more and more evidence piles up to support a state-sponsored doping program within the nation of Russia, the International Olympic Committee (IOC) has officially suspended the Russian Olympic Committee from the 2018 Winter Olympics while creating a strict process for allowing clean Russian athletes to compete under the Olympic banner.

The IOC announced the move today, about two months out of the start of the 2018 PyeongChang Winter Olympics. The situation is reminiscent of the 2016 Summer Olympics, where rumors first started circulating that the IOC would hand down a blanket ban of Russian athletes. Ultimately, the IOC opted not to ban all Russian athletes, but set up a set of criteria for athletes from Russia to have Olympic eligibility.

The major difference this time around is that in 2016, the Russian Olympic Committee was still considered eligible and could enter athletes who met the IOC‘s guidelines. In 2018, the Russian Olympic Committee as a whole is banned, but individual Russian athletes can apply for eligibility through the IOC and compete not for Russia but under a banner called “Olympic Athletes from Russia.”

The athletes will have uniforms sporting the Olympic flag, and any event winners will hear the Olympic anthem, not the Russian anthem, during their awards ceremonies.

The Russian Olympic Committee’s blanket ban could be modified or lifted based on several key IOC stipulations, mostly involving the removal of Russian Officials from the Olympic Committee and from other international committees.

The process for individual athletes to compete at the Olympics is laid out in the full IOC release below, but mostly revolves around (1) not having any prior doping violations and (2) undergoing a sufficient amount of drug testing prior to the Olympic Games.

“The IOC took a strong and principled decision. There were no perfect options, but this decision will clearly make it less likely that this ever happens again. Now it is time to look ahead to PyeongChang.”

The full IOC statement is below:

The conclusions of the Schmid Report, on both factual and legal aspects, confirmed “the systemic manipulation of the anti-doping rules and system in Russia, through the Disappearing Positive Methodology and during the Olympic Winter Games Sochi 2014, as well as the various levels of administrative, legal and contractual responsibility, resulting from the failure to respect the respective obligations of the various entities involved”.

As a consequence, the Schmid Commission recommended to the IOC EB:

After discussing and approving the Schmid Report, the IOC EB took the following decision:

How the athletes will be chosen:

To invite individual Russian athletes to the Olympic Winter Games PyeongChang 2018 according to the following guidelines:

IOC President Thomas Bach said: “This was an unprecedented attack on the integrity of the Olympic Games and sport. The IOC EB, after following due process, has issued proportional sanctions for this systemic manipulation while protecting the clean athletes. This should draw a line under this damaging episode and serve as a catalyst for a more effective anti-doping system led by WADA.”

He continued: “As an athlete myself, I feel very sorry for all the clean athletes from all NOCs who are suffering from this manipulation. Working with the IOC Athletes’ Commission, we will now look for opportunities to make up for the moments they have missed on the finish line or on the podium.”

Decision of the IOC EB

Report of the Schmid Commission

And boom goes the dynamite

Good. I was watching a Bobsleigh competition last week and noted that the current coach of Russia’s top bobsled team is one of the drivers who has just been disqualified for doping at the 2014 games. It is plainly evident that the country is still not at all interested in changing.

This sorta counts as doing something.

Though I suppose it depends on how lenient they are with allowing Russian athletes to compete.