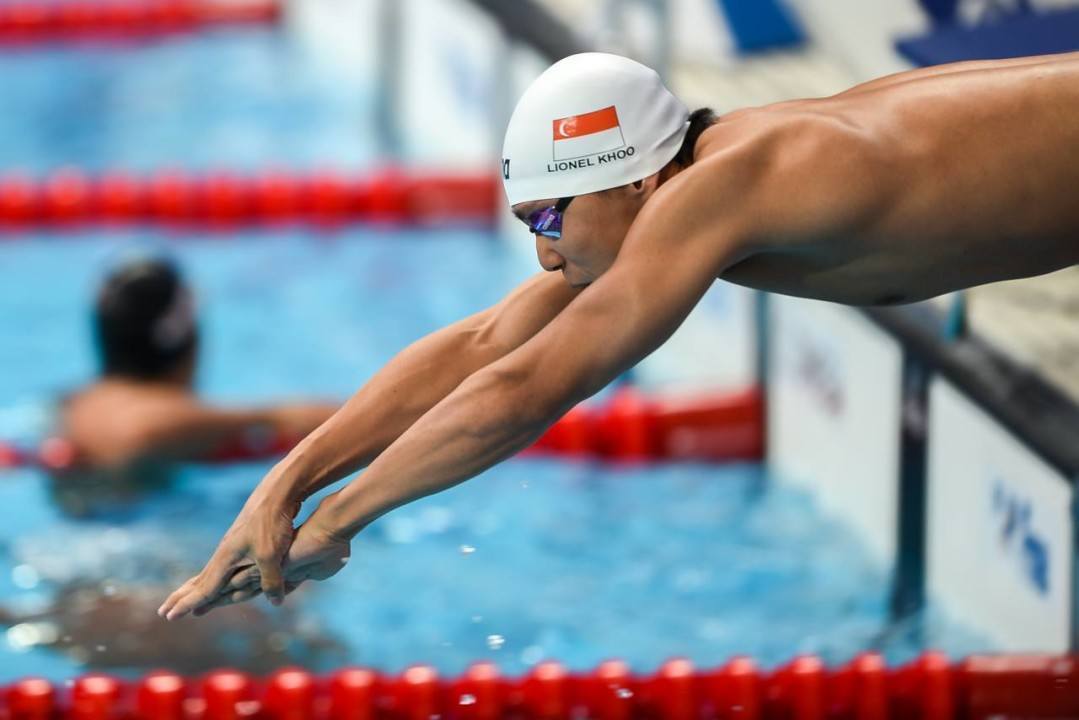 Lionel Khoo and Roanne Ho each broke national Singaporean records while competing in front of their home crowd at OCBC Aquatic Centre over the weekend. Archive photo via Peter Sukenik/www.petersukenik.com

In addition to Cherantha De Silva from Sri Lanka making waves at the 7th National Swimming Championships (SCM) in Singapore recently, two notable national athletes also made their marks at the multi-day competition. Breaststrokers Lionel Khoo and Roanne Ho each broke national Singaporean records while competing in front of their home crowd at OCBC Aquatic Centre on December 1st and 2nd.

22-year-old Khoo broke the longest standing men’s national swimming record for Singapore when he earned a 50m breaststroke time of 27.31 for gold. That took over the old record from 2009 held by Parker Lam at 27.35. Before the meet was over, Khoo also rocked a new 100m breaststroke time of 59.88 in prelims, then 59.65 in finals to become the first man from his nation to dip under the minute mark in the event. Khoo’s previous 100m breast national record stood at 1:00.22. Khoo continues to hold Singapore’s 100m and 200m breaststroke standards across both short and long course formats, while adding the aforementioned 50m mark.

On the women’s side, Ho proved she’s decidedly back to form from her 2016 woes of a collapsed lung and other injuries, lowering her own SCM 100m breaststroke NR of 1:08.29 to 1:07.80 in heats, only to drop it even further in finals. The 25-year-old nabbed gold in 1:07.39, knocking almost a full second off of her previous best that stood as the national mark. She went on to register a new standard in the 50m distance as well, overtaking the 30.49 she set just last month at the World Cup stop in Singapore. Instead, Ho topped the podium in 30.38 to add another best time to her resume.