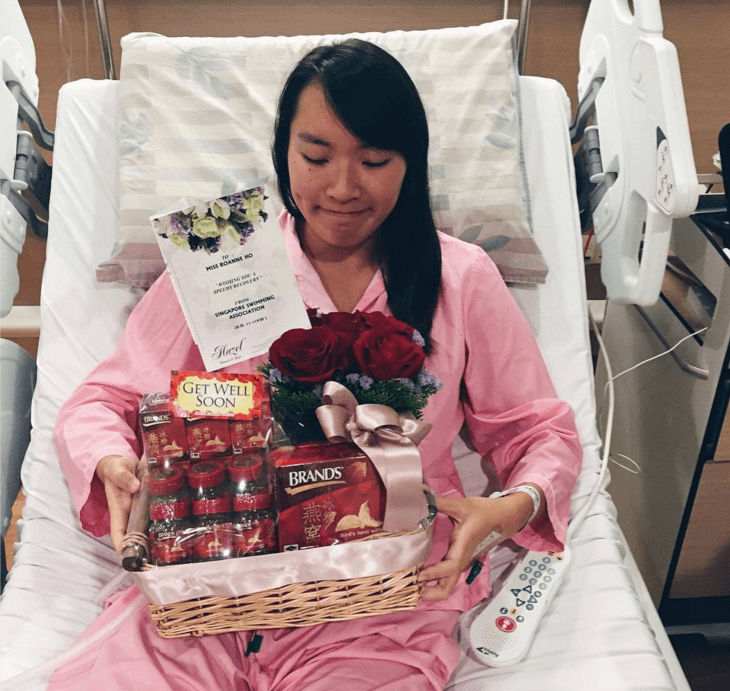 23-year-old Roanne Ho, Singapore’s 50m breaststroke National Record Holder, sought medical treatment on Wednesday, January 20th for what she described as a ‘very bad cough’, only to have an X-ray reveal the swimmer’s right lung had collapsed 80%. Ho was immediately transported to Ng Teng Fong General Hospital, where a tube was inserted into her chest, draining the air around the collapsed lung in order for it to re-expand.

As described to The Strait Times, Ho began coughing back in mid-December, but continued with her scheduled national team trip to the U.S. for a training camp in Jacksonville, Florida. Once the squad continued their travel to Texas for the Arena Pro Swim in Austin, however, Ho’s cough only worsened and was then accompanied by an overwhelming feeling of breathlessness.

An initial doctor visit suggested the athlete was suffering from bronchitis and was subsequently treated with inhalers, antibiotics and steroids, none of which relieved her ailment. Ho finally made the call to visit the hospital immediately upon returning to Singapore, where the X-ray results determined the actual dire situation.

Said Ho of her diagnosis, “When the X-ray showed that my lung had collapsed, my doctor told me it was life-threatening and I could have died if I delayed treatment.” Ho continued, “I feel lucky just to be alive, and for now the priority is to get better.”

“After the procedure, I felt much better and coughed less. But I was told there’s a high chance of a relapse, so we’ll have to see,” Ho said just a day ago.

Unfortunately for Ho, her Instagram revealed today that she relapsed within the last day and will be undergoing immediate surgery.  She reassured fans, however, that “she should be totally fine in a couple of days.”

Overwhelmed by all the well wishes. I unfortunately relapsed last night and will be going into surgery this evening. However I should be totally fine in a couple days! Trying to keep my spirits up and I’m gonna leave everything into God’s hands.

Even prior to the relapse, Ho was advised to withdraw from the Singapore National Age Group Championships slated for March 16-20th. Unfortunately, the meet was the final Olympic qualifying competition for Singaporean athletes. Ho had been aiming at qualifying for the women’s 100m breaststroke, an event in which she owns a personal best of 1:11.33, just over a second off of the FINA “B” cut of 1:10.22.

Sergio Lopez, Singapore’s National Team Coach said, “The high-performance team visited Roanne this morning and she is currently recuperating under medical observation. While she is highly committed to her training, her health and well-being are of utmost priority and we would like to wish her a speedy recovery. It was good to see the smile on her face and the positivity in her.”

Of her future plans, Ho says, “There is still the SEA Games next year, so maybe I’ll slowly build up to that.”

Glad her situation was identified in time. Get well soon with a full recovery, Ho!