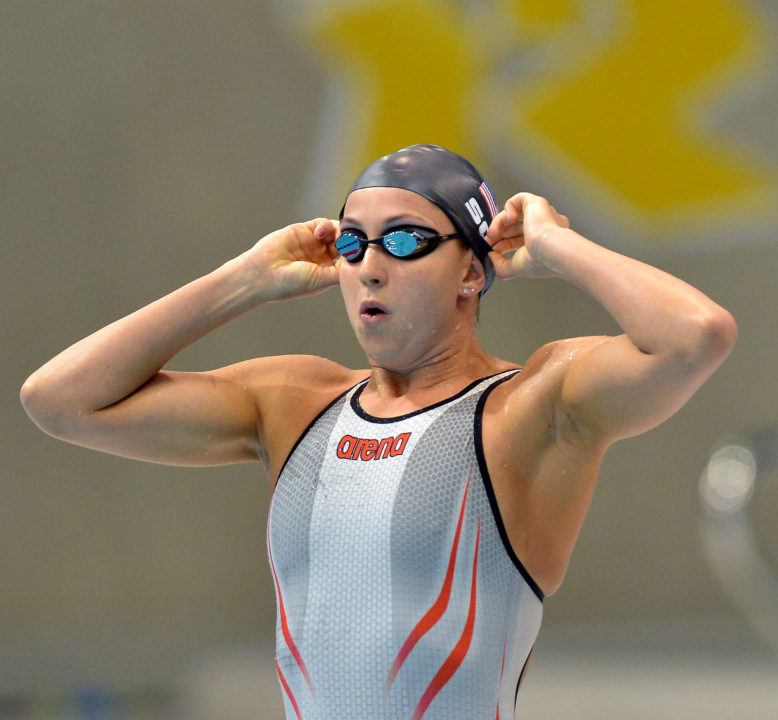 Rebecca Soni, the back-to-back Olympic breaststroke champion in 2008 and 2012, is one of 5 swimmers inducted into the ISHOF class of 2020. Archive photo via Arena USA

The International Swimming Hall of Fame (ISHOF) has announced 13 honorees as its Class of 2020. The athletes represent 7 countries and 4 aquatic disciplines, and includes 5 swimmers, 2 coaches, 1 diver, 1 water polo player, 1 synchronized swimmer, 1 open water swimmer, and 2 inducted in the “contributors” category.

The date and location of the 2020 Hall of Fame induction ceremony have not yet been announced.

Hansen and Soni. Just wow. Both amazing athletes and warriors. Your stories should be required reading for young swimmers. Congratulations and every future blessing.

For Jon Sieben ( brilliant swimmer ), I don’t know if it was necessary to write “Eastern-Bloc boycotted Olympics “ . Just my opinion. He would have won anyway I reckon. We all know what happened in 1980 and 1984 anyway.

Jon Sieben won one Olympic gold medal, not two as your article states.