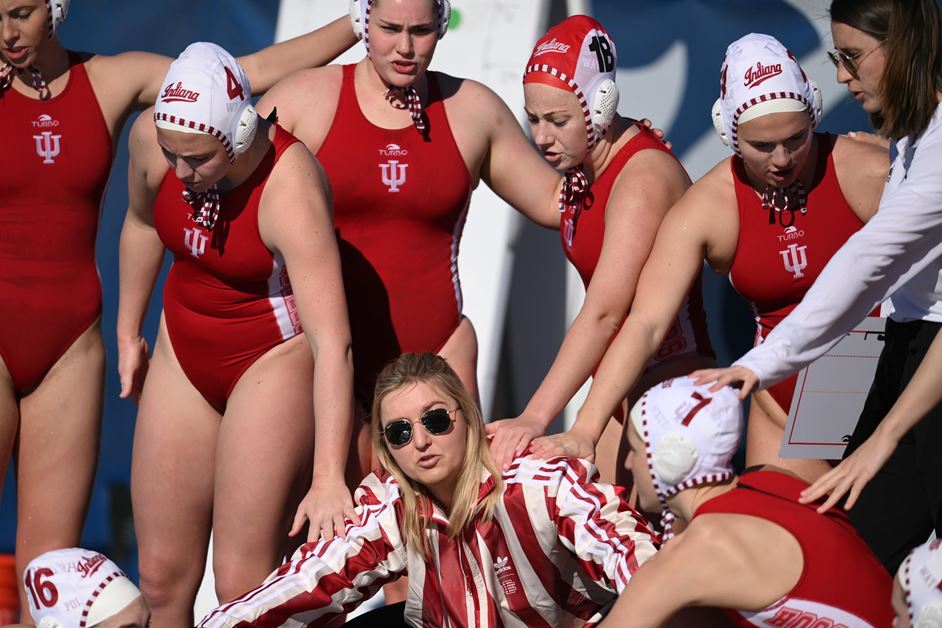 The Trojans fought out of a four-goal hole with help from a four-goal effort from Paige Hauschild, but the Cardinal ultimately prevailed 11-9.

SANTA BARBARA, Calif.  – No. 11 Indiana opened the 2022 season with a win over No. 21 California Baptist at the UCSB Winter Invite on Friday.

QUOTABLE
Head coach Taylor Dodson
“I’m really proud of the team for starting off the season so strong. I thought that the win was a complete team win from top to bottom. Some of the standout performances to me were Mary Askew in the cage with 13 saves and an assist. She really held our defense down and allowed us to have a shutout in the second half, which is huge. I also think Kallie White did a good job helping our defense and putting away her opportunities. The best thing about this win was that it was a complete team win and we had a lot of goals from a lot of different players. A lot of our freshmen got in played big minutes. We looked a little rusty but that’s to be expected so I’m excited to get in to the rest of the weekend to see how far we can push and how much better we can get every game.”

SANTA BARBARA, Calif.  – Senior center Izzy Mandema turned in a pair of hat tricks as No. 11 IU defeated Azusa Pacific (11-6) and Iona (18-8) on day two of the UCSB Winter Invite.

UP NEXT
The Hoosiers round out action at the UCSB Winter Invite on Sunday against Ottawa (Arizona) at 1:30 p.m. ET.

SANTA BARBARA, Calif.  – A trio of hat tricks led No. 11 Indiana to a win over Ottawa (Arizona), 22-5, as it swept the weekend at the UCSB Winter Invite.

UP NEXT
IU will travel to Ann Arbor for the Michigan Invitational Jan. 29-30 to play four games against UCLA, LIU Brooklyn, Hawaii and Marist.