In Greece, Restrictions Allowing Only 75 Swimmers to Train Draw Criticism 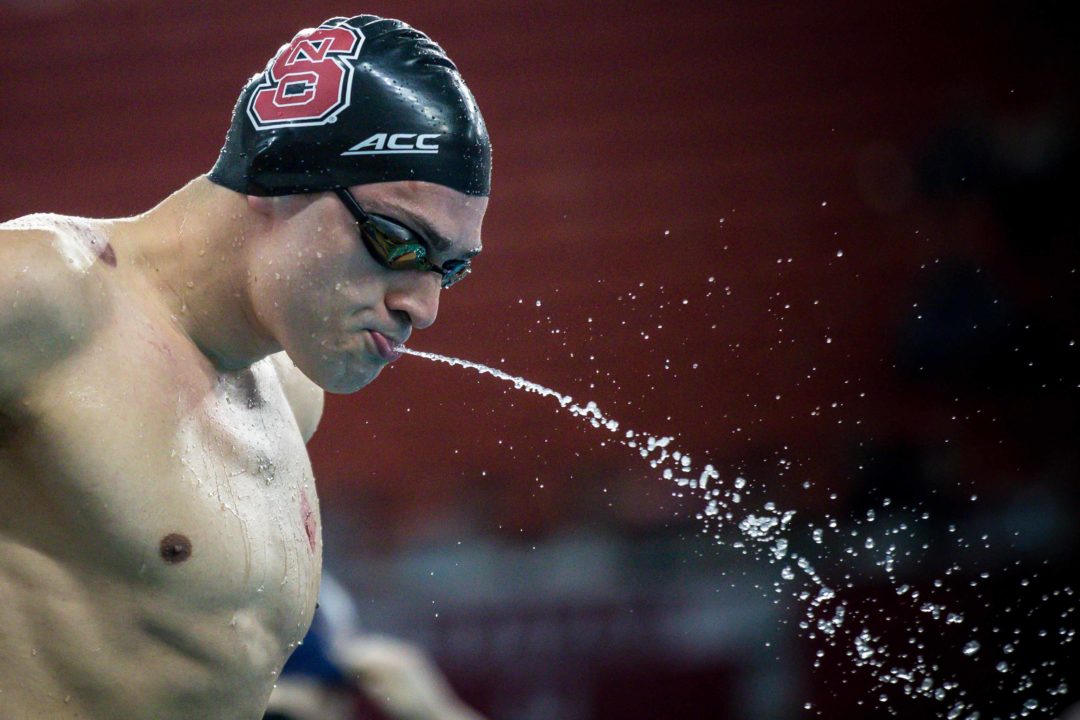 Nationwide, only 75 swimmers are allowed to train in Greece. Andreas Vazaios is one of several elite athletes criticizing these restrictions on social media. Current photo via Jack Spitser/Spitser Photography

Greek swimmers are protesting national restrictions on training right now due to COVID-19 regulations as cases are spiking for the second time in the Mediterranean nation.

Under the current restrictions, only 75 swimmers in the entire country are able to train, a huge blow not only to top talent outside of those 75 top swimmers, but also to any swimmers wanting to get in and train regardless of their Olympic chances.

On Friday, NC State alum and Greek record-holder Andreas Vazaios was one swimmer among many who posted a letter of protest on social media.

“After suspending for a long time the possibility for athletes of national interest to train, about 10 days ago the government allowed a selection of 400 athletes to return to their training in the water,” said top Greek backstroker Apostolos Christou, explaining the content of the above letter to SwimSwam Italia’s Aglaia Pezzato.

“They were again denied swimming on Wednesday. They have reduced the authorized numbers only to swimmers with possible Olympic chances for Tokyo. In addition, the coaches do not receive financial aid from the state.”

Andreas Vazaios, who is now continuing his studies in the United Kingdom after finishing up with NC State, shed more light on the situation.

“We only ask for a return to the previous situation, when even the athletes of clubs with ambitions could train,” said Vazaios. “While swimming is at a standstill, football and basketball have 1 to 5 new cases of COVID-19 positivity every week but this does not stop their training or their championship. No competitions of any kind have been organized for our sport in recent months.”

According to data from Johns Hopkins University’s Coronavirus Resource Center, Greece has had 203,978 cases of COVID-19 to date. The nation’s peak was in November, where new cases surpassed 3,000 daily, but they seem to be trending upwards in another wave– on March 3, Greece had 2,697 cases, their highest daily total since mid-November.

The protest letter has been reposted by many elite Greek athletes to gain visibility and attention. Greece has already named six swimmers and a relay to the Greek Olympic team for pool swimming:

Well it’s actually just 29 that are being allowed to swim at the moment, 9 of which are studying/living abroad. So a total of 20 swimmers. Crazy things are happening…

It’s great to see elite athletes speaking out on behalf of the Greek Swimming.

Greece needs to open pools for *all* athletes to train. The restrictions are not only diminishing interest in the sport, but also denying young athletes the opportunity to train, and coaches the ability to support themselves. The restrictions have been biased and there has been an unequal treatment of both athletes and coaches. The age or ability of an athlete should not determine their participation in the activity. Whether they are Olympians or learning water safety, Greece needs to make the right decision to support all of its coaches and athletes.