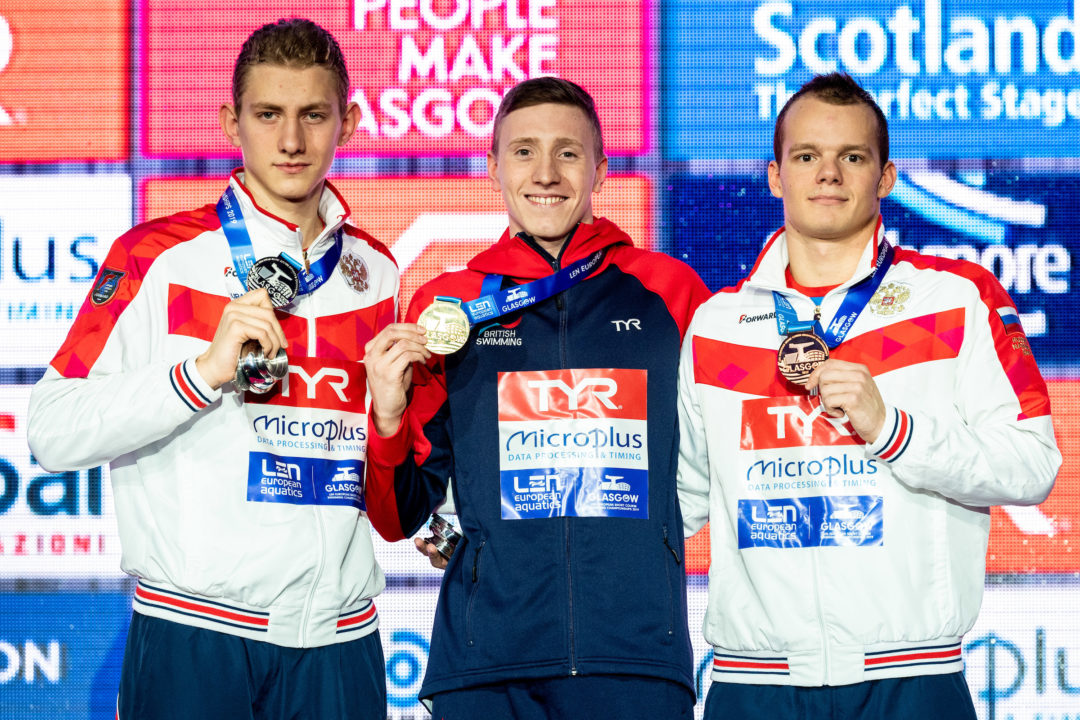 The 18-year-old booked a spot on Russia's Olympic team by breaking his National and World Junior Records of 4:11.50 in the men's 400 IM. Archive photo via Giorgio Scala / Deepbluemedia / Insidefoto

Ilya Borodin qualified for his first Olympic team in style on Saturday night in Kazan, winning the men’s 400 IM at Russian Trials in a new National and World Junior Record of 4:11.17.

Borodin, who turned 18 in February and therefore will be eligible to break world junior records until the end of the year, set the previous mark of 4:11.50 back in October.

Prior to that swim, Borodin held the old Russian Record at 4:12.95, set at the 2019 World Junior Championships in Budapest where he was the silver medalist. Greece’s Apostolos Papastamos won gold there in 4:11.93, a time that stood as the previous WJR before Borodin broke it five months ago.

Out more conservatively than he was in October, Borodin was noticeably stronger over the final 150.

The fastest time ever done by an 18U swimmer is Kosuke Hagino‘s 4:08.94 from the 2012 Olympic Games, before world junior records were officially recognized. Borodin’s swim would also rank second in the U.S. 17-18 age group ranks, trailing Michael Phelps‘ 4:09.09 from 2003.

This season, Borodin led the world rankings coming into today, but drops down to second after Daiya Seto won the Japanese Olympic Trials in 4:09.02.

Although both Phelps and Hagino have been faster at the same age, seeing things like this always gives me hope that one of the hardest WRs on the book will one day be beaten. He probably jas a 7-year window of development to take off 7 seconds in the 400IM. In theory, it sounds so manageable! In practice, however…