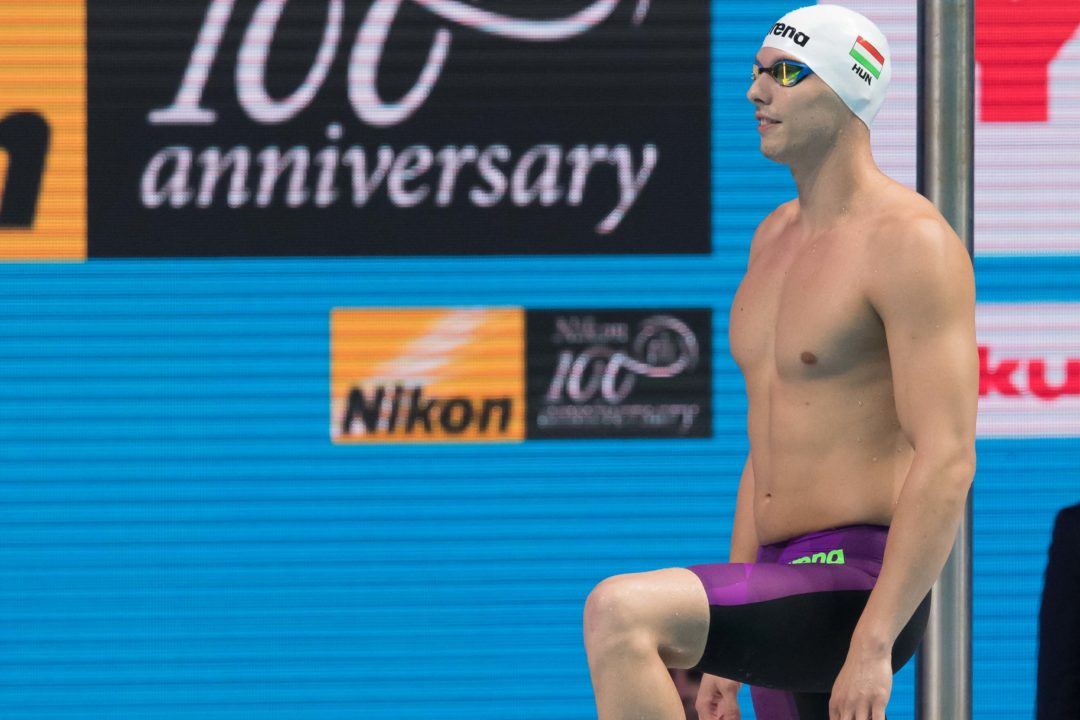 The Hungarian Swimming Federation has suspended training for Hungarian swimmers who have been abroad after 9 people tested positive for COVID-19. Archive photo via Mike Lewis/Ola Vista Photography

The Hungarian Swimming Federation has suspended training for Hungarian swimmers who have been abroad after 9 National Team members tested positive for COVID-19.

Hungary announced the move in a press release yesterday. Much of the Hungarian National Team was training abroad in Thailand, and since returning to Hungary, nine people (including national team swimmers and staff members) had tested positive for COVID-19 as of Tuesday. Hungary has been testing its athletes and national team staff, requiring two negative tests at least three days apart before granting access to one of five national training facilities. Defending 200 fly world champ Boglarka Kapas is among 9 members of the Hungarian national team and staff who have tested positive, along with Dominik Kozma, David Horvath and Richard Bohus.

The Hungarian federation now says it will order a full block on training through April 15 for athletes who have been abroad two weeks within the past month. Athletes and coaches will have to undergo new tests, including blood tests, before April 15, and if they clear, they’ll be able to resume training at that point. You can read the full release, in its original Hungarian, here.

As of Wednesday, Hungary had 492 confirmed cases of COVID-19 (the illness associated with the novel 2019 coronavirus), and 16 deaths, according to the World Health Organization. That included 45 new cases since the federation reported the 9 positive tests.

Lol at this point with so many of them already with it, and the fact that in close quarters the others will probably soon test positive, they should just go on wit ha their training, the damage is already done!

April 15th? yea right…try June 15th if u are beyond lucky.

Swimmers get virus in Thailand 2 weeks ago

I guess the chlorine didn’t stop the virus.

does not mean they were infected in pool

Again: training has already been suspended weeks ago. There was a decision that in some controlled pools, national team members could train with restrictions like only leaving their home to go to the pool etc. This whole thing required 2 negative tests. Now with the positive tests, THIS process is suspended. Not like they were training like normal till now