How To Get The 2019 SwimSwam Swimsuit Issue 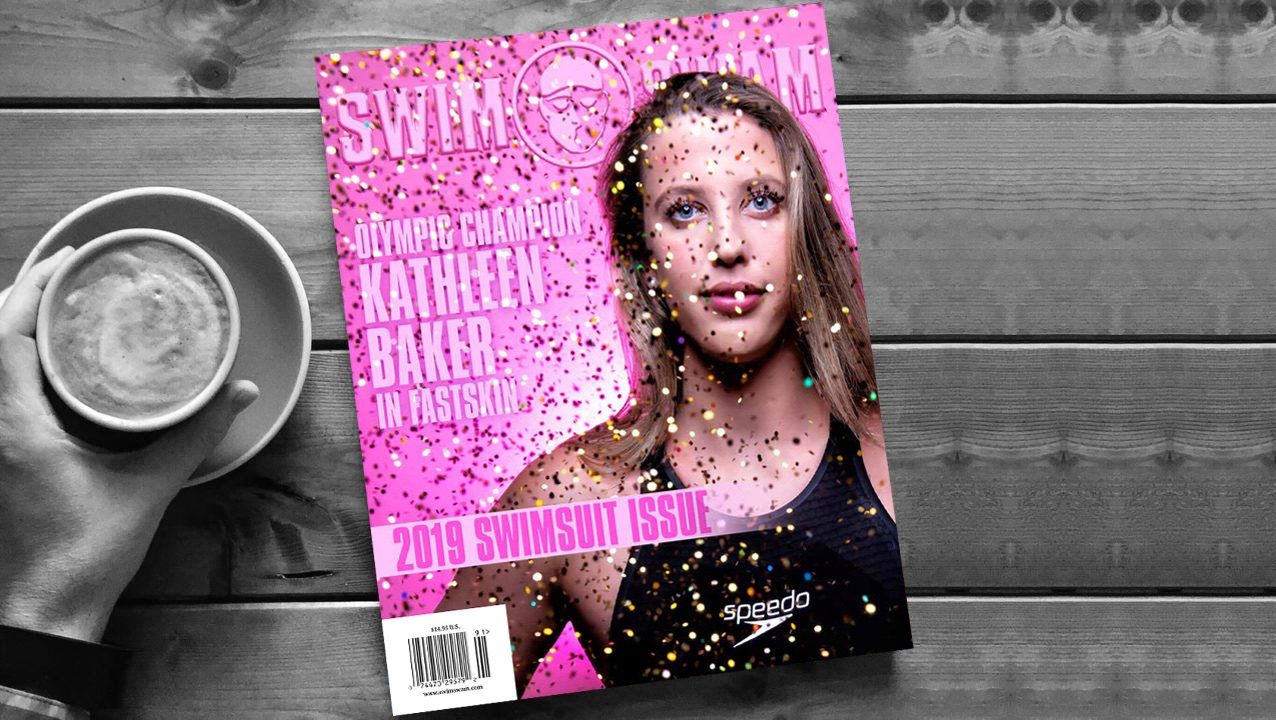 Start 2019 off with SwimSwam Magazine to inspire your swimmer, swammer, swim-fan or coach.

GET THE SWIMSUIT ISSUE

This 196 page issue will be the biggest of the year, and it is over one pound.

We also get serious about breaststroke, giving you a clinic from one of the greatest coaches on the planet.

This issue if full of articles, data features and we breakdown the top high school swimmers with a real shot at making the 2020 U.S. Olympic Team.

It is the Swimsuit Issue, and we dive deep on the top brands, highlighting their latest techsuit releases.

If you are not a subscriber, now is a good time to sign up. Start off with the Kathleen cover, and stay with us through the 2020 Olympic issue (a massive issue we are already building out).

With your yearly subscription, you receive over 600 of pages of swimming’s highest quality content, and another 2,150+ pages of digital issues, going back to the first issue produced.

You want the Kathleen Baker  cover. We memorialized swim stars with beautiful covers you have to hold  in your hands to appreciate.

The WOMEN IS SWIMMING issue, the TATTOO ISSUE, the 2016 OLYMPIC PREVIEW (Phelps cover), 2016 Year in Review (Phelps cover),  and the SUPERHERO issue are nearly sold out.

Magazines are massive. The 2016 Olympic Year in Review came in at 172 pages. The 2019 Swimsuit Issue is 196 pages.SwimSwam magazines come in at nearly a point.  We deliver big issues. Period.