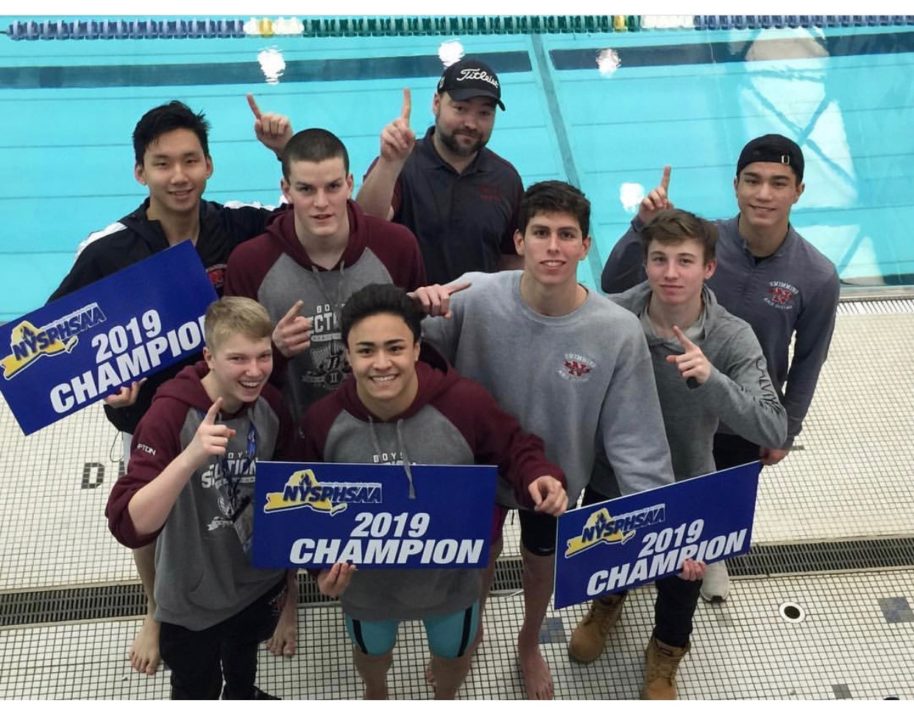 To kick off the meet, Great Neck South’s 200 medley relay consisting of Justin Whang, Christopher Lei, Andy Lee and Joshua Liu claimed the event in a time of 1:34.18. Finishing second was Nikuyana’s relay, which clocked in at 1:35.71

Jason Louser of Shoreham-Wading River capped off his senior year not only going two-for-two in individual wins, but two-for-two in state records as well.

Niskayuna picked up a relay win of their own, as the team of Victor Schingo, Mark Lipkin, Scott Ward and Bryan Liu combined for a final time of 1:25.56. Great Neck South finished third in 1:26.69 behind Webster’s 1:26.48 for second.

Senior Andy Lee made a sizable contribution towards Great Neck South’s point total, as he was the only other two-time individual event winner of the meet. Lee notched wins in the 50 free (20.60) and the 100 fly (48.13).

In the final race of the meet, Shenendehowa’s 400 free relay quartet of Kaleb Hotaling, Alexander Fabris, James Jordan and Jackson Homan secured the victory in a final time of 3:08.95. With their runner-up finish in the event – registering a time of 3:09.16 – Niskayuna locked their state championship crown.