How Much Harder Did it Get to Qualify for 2018 NCAAs? 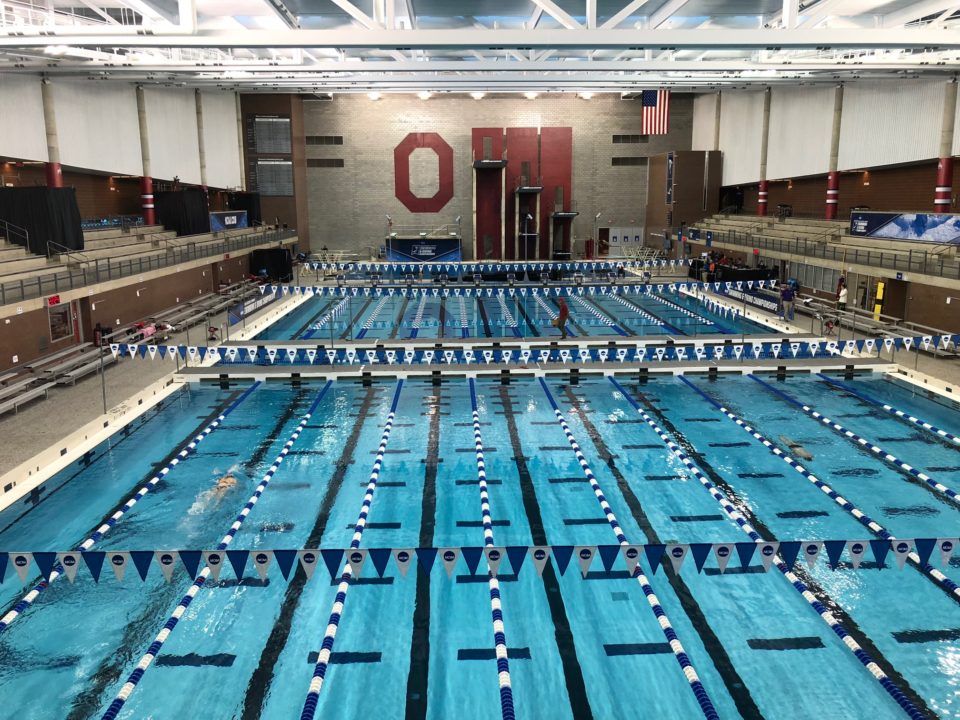 The pool was calm on Tuesday when SwimSwam touched down in Columbus. A storm is brewing, though. Stock photo via Tim Binning/TheSwimPictures.com

If we use “getting faster” as a synonym for “getting harder,” then it tends to “get harder” every year to make the NCAA Championships, but not necessarily in every event. For example, there were 3 events this year where the slowest invited time was actually slower than it was in 2017: the men’s 200 free (.24 seconds slower), the men’s 100 breast (.13 seconds slower), and the women’s 50 free (.07 seconds slower). In fact, in the men’s 200 free, the last 6 qualifiers this year wouldn’t have been under the invite line last year. In the men’s 100 breaststroke, that number is 5, and in the women’s 50 free, the last 9 would not have broken the invite line (including a 4-way tie for the last qualifying spot).

The charts below show the historical invite times over the last 4 years. The big anomaly is the 2016 meet, where most of the men’s invite times got slower, which can probably be chalked up to the pull of the pending Olympic Trials (either from redshirts, or from a shift in focus toward long course).

Ehhh not necessarily true. His time would not have, but if you place him on Cal this year and he does this year’s training, I’m betting he would. I mean, he was the BEST 200 flyer in NCAA that year.

Here is my non-math analytics. It got harder and swimming is fast