How Many Medals Will the Home Team Take in London? 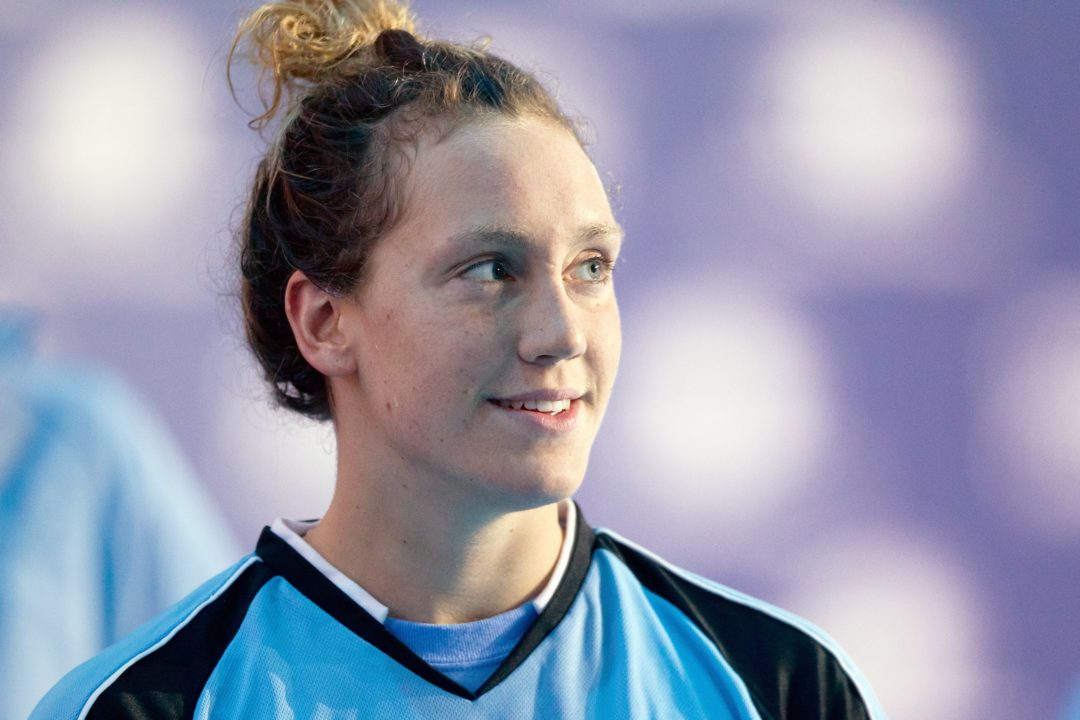 Backstroker Lizzie Simmonds will be one of a handful of Brits who could tip the scales at the Olympics (Photo Courtesy: ©Tim Binning/TheSwimPictures.com)

In their Olympic debut, the British Olympic Swim Team did well. They did fantastically-well, in fact, and topped the medal table with a whopping two golds. They didn’t compete in 1904, but were then back in 1908 where they topped the medal table again, this time with a huge 4 gold medals (7 total) in front of their hometown faithful in London.

The only other time that the Olympics have been held in the UK was in 1948, and the Brits didn’t do so hot there – mustering only a single bronze medal.

But the 6 golds won in their first two Games’ as a swim team make up 40% of the total golds they’ve ever won. Finally, in 2008, they again won multiple gold medals with a pair (to go with 2 silvers and 2 bronze), though even then half of their medals were in open water. Now, the suddenly swimming-crazy Brits are hungry for more hardware, and with aquatic sports feeding the Olympic frenzy, whoever takes home a medal from this year’s games will probably earn themselves fame and a pretty penny to go along with them.

At last year’s World Championships, they were flat – though expectations were higher. They had 6 medals (3 gold), with one of them coming by way of Liam Tancock’s non-Olympic 50 backstroke and another from Keri-Anne Payne’s 10km open water swim.

But all eyes will be focused on how many they can take this year, and it could be a record haul. First let’s take the candidates.

The only relay squad with any sort of a shot is probably the women’s 400 medley – though it’s an uphill battle. They were 6th at Worlds (thanks to a pair of DQ’s) but were still four seconds away from medaling. Kate Haywood should be a huge upgrade at breaststroke; Fran Halsall has been awesome this year and was only average at Worlds on this relay; and the Brits are good and deep on the front-half, so there’s a better shot than it might seem at first guess.

Tancock will be in the final of the 100 back. Halsall is a medal contender in three races – the 50 free, the 100 free, and the 100 fly. The Brits really have double-contenders in both of the women’s butterfly events, though getting more than one medal in each would be a mild upset.

Then there’s of course Rebecca Adlington in the 400 and 800 freestyles. She took silver and gold in those two races at last year’s World Championships.

Gemma Spofforth is the 100 back World Record holder, and though she hasn’t done a ton to live up to that status in the last year, that counts for something. Likewise, Lizzie Simmonds wasn’t mindblowing at Trials, but was awesome this short course season and will final in the 200.

Hannah Miley could be the big tipping point for Britain. She took the silver medal at last year’s World Championships, and leads the world in 2012, in the 400 IM. That race has an absolutely brutal field this year though, so she’ll have to be sharp.

In open water, Keri-Anne Payne is the defending 10km World Champion. Open water is always unpredictable, but it would be silly to count her off of the podium. The men’s open water spot still hasn’t been nailed down, but Daniel Fogg is feeling confident after winning the 1500 free at Trials in a new English Record. He’s now boasting that he expects to take down David Davies in Portugal at the final worldwide open water trial this summer, but he may not have the experience to win against the best-of-the-best.

So by my count, that’s in the neighborhood of 13 or 14 possibilities for medals. We have to factor in the home-field advantage for the Brits. They won’t have to be away from home as long as the other athletes will, they will be in more familiar territory, they won’t have to adjust their sleep habits for a time zone change (I suppose other than Ellen Gandy, who lives in Australia).

Adlington should be good for 2. They’ll take a medal in open water (a 2nd is possible, but they can’t get to the three they had in 2008). Without knowing the field set for sure, I like only one medal between Spofforth, Simmonds, and Halsall. Let’s say just the one for the butterfliers (Halsall and Gandy are outstanding in the 100, but I think the triad of Vollmer-Sjostrom-Coutts, plus whichever Chinese swimmer is too good to be upset).

I would like to peg two from Halsall, but at Worlds she had trouble getting her fingers on the wall. She’s relatively short for a sprinter (only 5’7) and that seemed to cost her a pair of touches in Shanghai. I’ll hedge my best there and say she’ll get one out of two (more likely the 50) in the freestyle sprints.

I’m going to set the over/under at 6 medals, including open water; and probably two golds. They’ll be hurt by fewer open water medals, but will benefit from an uptick in pool-swimming medals. It should be about a zero-sum game for them. If they go for the “over,” the meet will be deemed a success. If under, I think there will be swimmers who felt they left some hardwares in the lanes at the Olympic Aquatic Center.

Under. I say 4 at the most. Two for Adlington, one for open water, and one for home pool advantage.

Best case scenario I would say (not counting open water, since I don’t know as much about that) is 8 medals, 2 gold. Adlington can repeat, then Tancock with a medal (He needs to get back to his 52.8 form), Halsall with medals in the free, Gandy in 2fly, Miley in 4IM, and Simmonds in 2back.