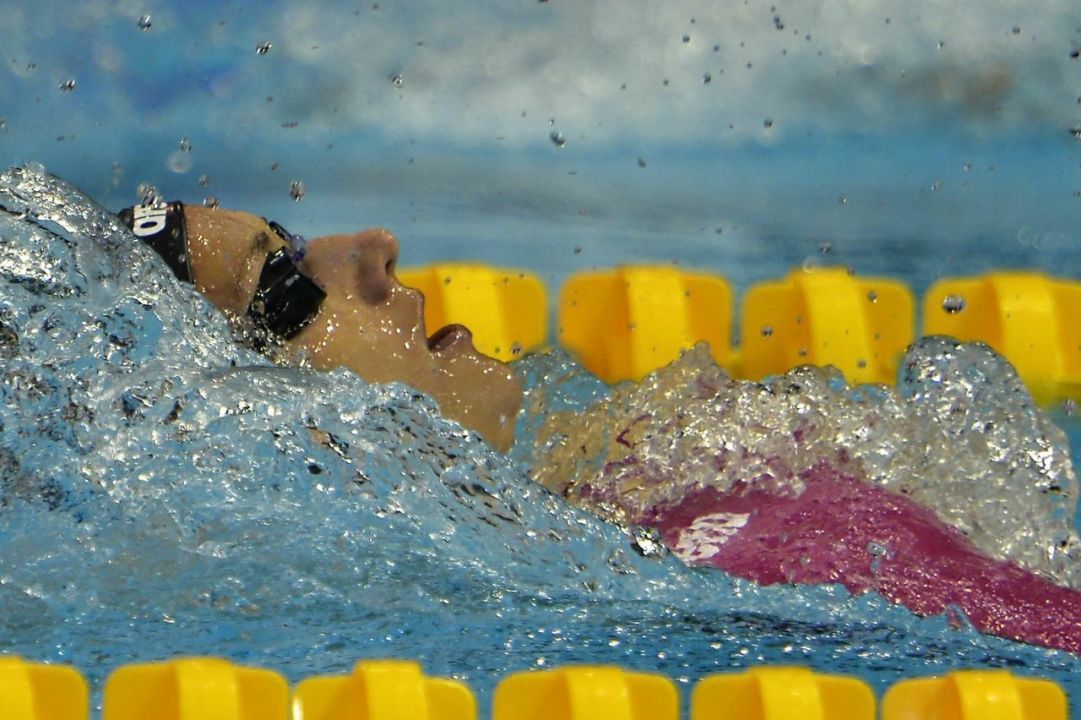 Katinka Hosszu's third entry on day 1 of this meet has been verified, and the Hungarians are now a relay medal contender. Archive photo via Arena International

The Hungarian prelims swimmers, including the young Fanni Gyurinovics, did their job in prelims of the women’s 800 free relay on Wednesday and earned their way to finals – even if it was just as the 8th seed.

In finals, Gyurinovics will move to the sidelines as the world’s best short course meters swimmer Katinka Hosszu will step in and grab the fourth spot on Hungary’s 800 free relay.

Depending on how Hosszu is faring after a triple session that starts with 200 fly and 400 IM finals and the 100 back semi-finals, that could make as much as a seven-or-eight second difference, which puts them in medal (and even gold medal) contention in finals.

Hosszu is swimming the anchor leg, meaning she’ll know where the field sits before deciding if a medal is plausible and worthy of full exertion in what will be a long meet for her.

The top-seeded Dutch from prelims, who had a four-second margin in the heats, swapped in Ranomi Kromowidjojo for Esmee Vermeulen (1:55.56). Kromowidjojo is best known as a 50/100 swimmer, but can pull off a goo d200 as well.

The 2nd-seeded Swedes stayed put (though they’ve changed their order), the 5th-seeded Aussies have swapped in Madi Wilson for Katie Goldman (1:58.69), which should improve the relay by several seconds.

The 4th-seeded Americans have made two changes to try and close the five-second gab. Elizabeth Beisel and Kathleen Baker have taken the spots in finals that in prelims were occupied by Emily Allen (1:58.30) and Madisyn Cox (1:56.24). That helps the Americans keep pace with the above-mentioned relays, though a podium spot is still not a guarantee

#6 Russia and #7 Japan left their relays unchanged from prelims.