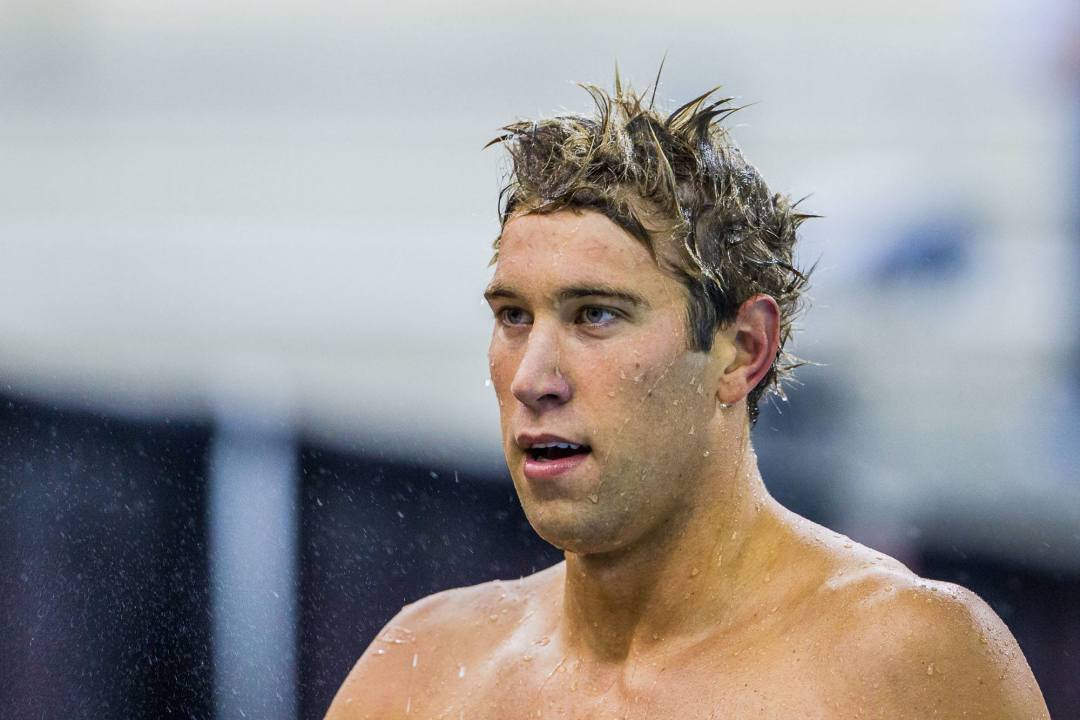 The entires for the finals of the men’s 400 free relay have been revealed, and the big news is that Brazil has dropped Cesar Cielo from its 2nd-seeded relay after he swam a 45.53 in prelims – the fastest split of the entire field.

That reaffirms that Cielo is primarily focused on individual results at this meet; the Brazilian 400 free relay entered in finals won’t be close for a medal.

The Americans made a change as well, subbing in Matt Grevers for Darian Townsend (47.83 – flat start in prelims). The Americans will lead off with Jimmy Feigen.

The top-seedeed Italians have put Filippo Magnini on their anchor leg, and dropped  Marcol Belotti (47.35 in prelims) from their relay. That pushes their margin further ahead by about a second, especially with the Brazilians out.

The third-seeded French kept their same foursome, but that’s a foursome that has much more to offer than the 3;)7.94 they put up in prelims. Expect the French, Americans,  Russians (who added superstars Vlad Morozov and Danila Izotov onto their finals relay) to be the Italins’ biggest challengers, and Australians (by adding Cam McEvoy) to all challenge for gold in this race.

** They subbed in Ryan Lochte for Darian Townsend.
Also interesting Conor Dwyer entered in the individual 100 freestyle but doesn’t even get a prelim relay swim, nor a finals one

Always cool to see a super tall guy get to do sprints cause it looks like they are moving slow motion with long arms.

It will be a tight , tight field tonight for the win ! 5 teams will battle ; Italy , Brazi , France, Usa and Russia . By switching Townsend by Lochte , Usa can drop some time too here . Shields had a prety decent split ( for a butterflyer !!! ) – feigen , Grevers , Shields , Lochte will do very well . Lochte should make a substancial difference with his underwaters and renieuwed speed .