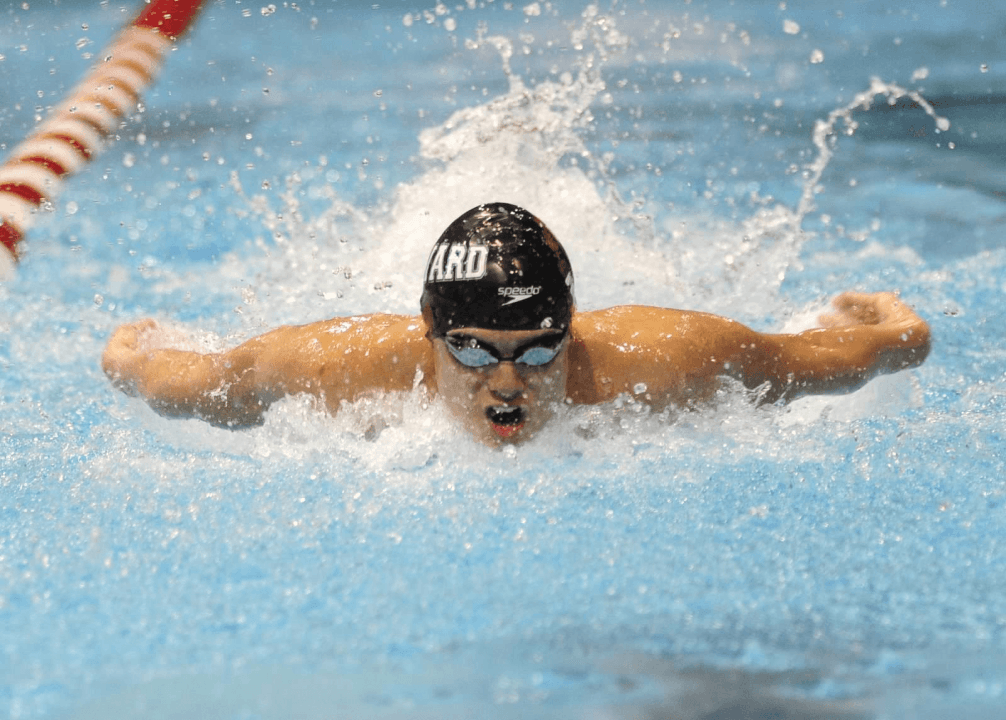 The Harvard men won 15 of 16 events in their double dual with Dartmouth and Cornell. Archive photo via Harvard Athletics

Columbia graduated their top 2 swimmers in the 100 yard backstroke at the end of last season, but through 2 recruiting classes have rebuilt that group.

Harvard Men vs Cornell vs Dartmouth

The Harvard men hosted Ivy League rivals Dartmouth and Cornell on Saturday, with the Crimson coming out on top over both teams by a wide margin. The hosts outscored Cornell by a score of 202-93 and Dartmouth 216-79. The Big Red (Cornell) took down the Big Green (Dartmouth) 199-101.

“I’m proud of the way our divers and swimmers competed today,” said Harvard coach Kevin Tyrrell. “We are looking forward to competing against Columbia this upcoming Friday.”

The lone non-Harvard win came from Cornell senior Alex Evdokimov, who was an honorable mention All-American last season in both breaststroke events. He won the 100 breast in 55.80 and was also the runner-up in the 200.

Check out the press release from Harvard here.

That’s a quick 1000 by Logan Houck. Must’ve wanted to get to the yard pretty quickly after the meet

Quick 100 by Houck. Must’ve really wanted to get to the yard after the meet.