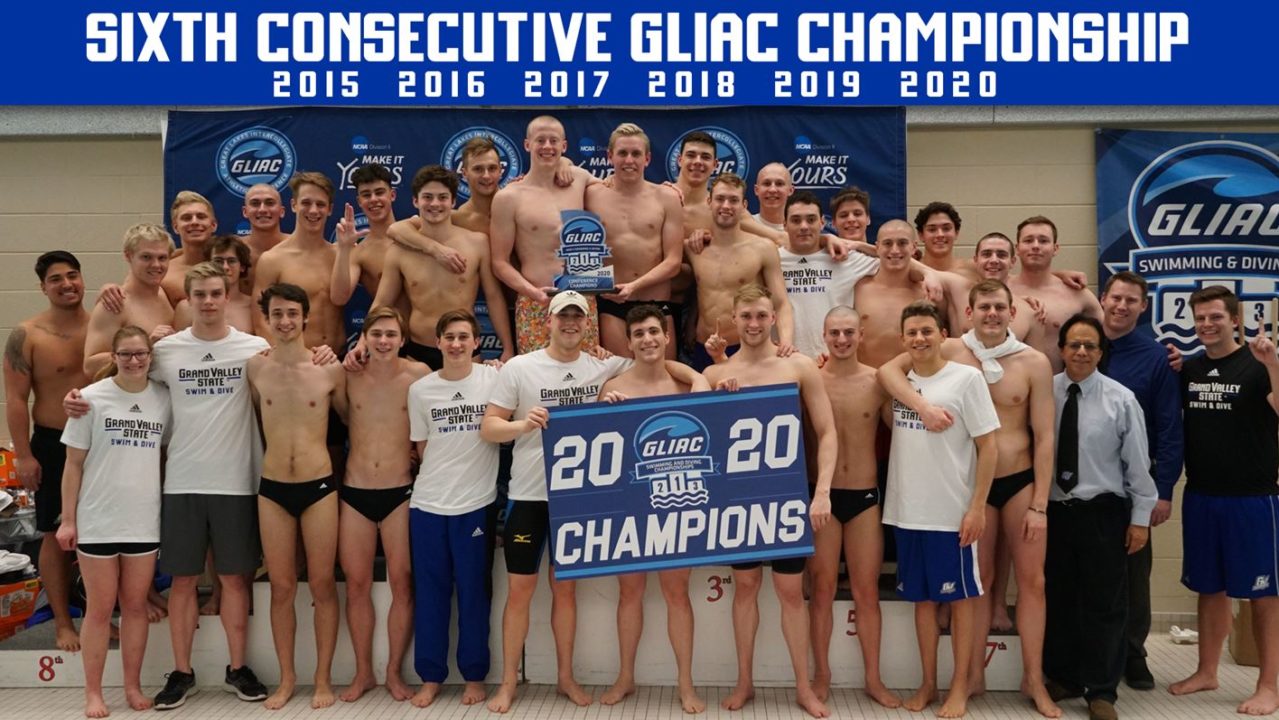 Awards
Sophomore Jesse Goodyear was named the GLIAC Men’s Swimmer of the Year with three GLIAC titles (500, 1000, 1650 free) and two GLIAC Championship meet records in the 1000 free and 1650 free. Goodyear also finished ninth in the 200 fly.

Senior Mikayla Karasek was named the GLIAC Women’s Diver of the Year after finishing first on the 1-meter board and third on the 3-meter board. Karasek claimed three 1-meter titles and a 3-meter title during her career.

Junior Chris Kelly was named the GLIAC Men’s Diver of the Year after finishing second on both the 1-meter and 3-meter boards.

Andy Boyce was named the GLIAC Men’s Coach of the Year after leading the Laker men to their sixth consecutive GLIAC Swimming & Diving title.

In the 1650-yard freestyle, junior Gabriella Spajic (Sydney, Australia) placed third with a time of 17:05.65. Following was freshman Maria Arakelian (Livonia, Mich.) in fourth, finishing at 17:11.09. Senior Nicola Pasquire (Bedford, England) also made the podium, touching the wall in 17:28.37 for seventh overall.

Senior Rachel Helm (Newcastle upon Tyne, England) took first in the 200-yard backstroke with a time of 1:58.90. Freshman Jenna Joerger (Eagan, Minn.) followed with a 2:01.81 finish to take fourth.

For the final event of the meet, the women took second in the 400-yard freestyle relay with a time of 3:27.17. The team consisted of Nelson, Helm, Soulas, and Vaitkus.

For those swimmers who qualified, the team will be moving on to the National Collegiate Athletic Association championships, beginning March 10 through the 14th in Geneva, Ohio.