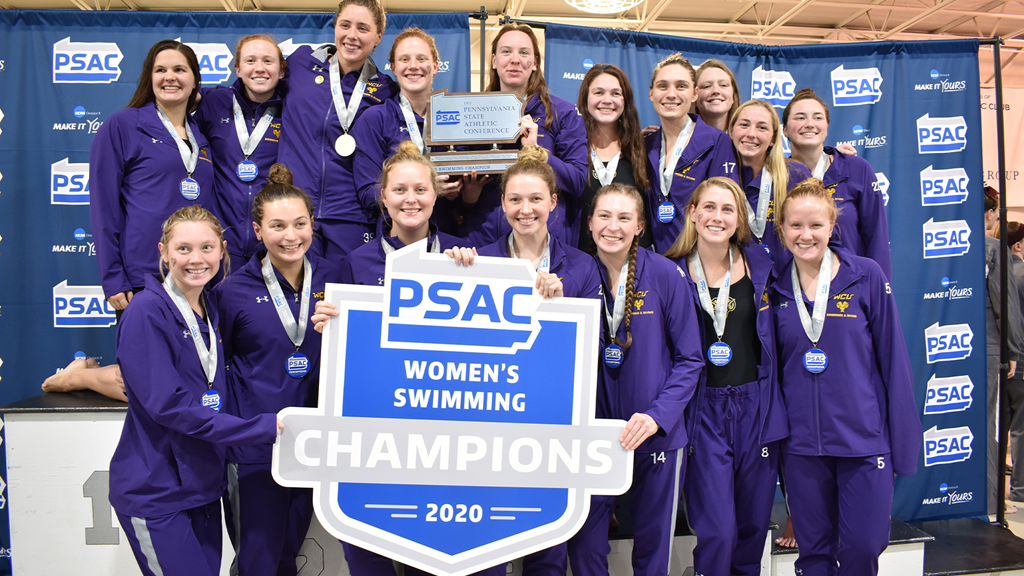 The Golden Rams landed in first with 830 points. Bloomsburg earned a score of 691 points for the runner-up position. Gannon rounded out the top three with a score of 514 points.

Most Outstanding Swimmer went to Gannon’s Brett Benedict, who claimed four individual victories this week. Benedict was relentless in his hunt for record breaking swim times. His win in the 100 back with a time of 48.01 marks a new PSAC Record, PSAC Championship Record and  program record.

Benedict broke his own PSAC and program record in the 100 fly to earn the PSAC title. He earned gold in the 50 free with a time of 20.07 and anchoring the 800 free relay to a program record.

On the final day of competition, Benedict added another gold medal to his arsenal with a win in the 100 free with a time of 44.72.