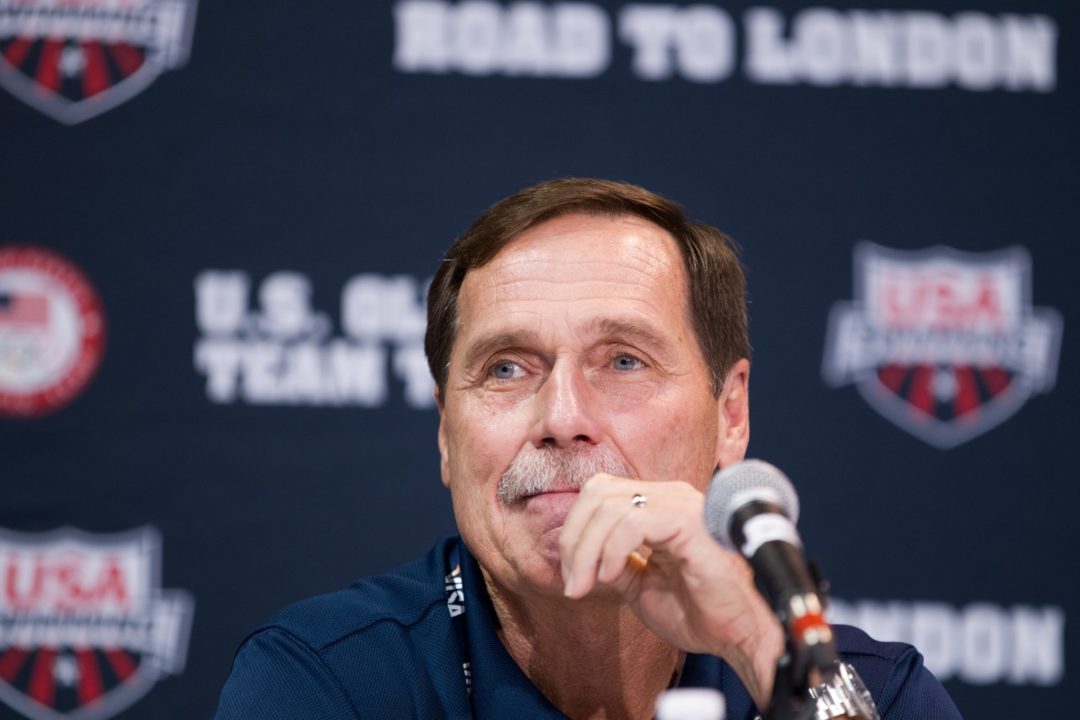 With the NCAA season wrapped up, the SEC has announced its end-of-the-year award winners. For swim coaches, Gregg Troy has... Archive photo via Tim Binning/TheSwimPictures.com

With the NCAA season wrapped up, the SEC has announced its end-of-the-year award winners.

For swim coaches, Gregg Troy has been honored as SEC Men’s Swimming Coach of the Year. Troy became head coach of the Florida Gators’ women’s team in 1998, and then the men’s team the year after that. He was also head coach for the U.S. Olympic Team in 2012.

The Florida men won their fourth-straight and 37th overall SEC title, scoring 1275 points to earn the win over Auburn, the latter of which scored 1223 points. At the NCAA Championships, led by Caeleb Dressel‘s two individual titles as well as top-5 finishes in all five relays, the Gators racked up 334 points for a close third behind 2nd-place Cal.

Tennessee’s Dave Parrington, meanwhile, was named the SEC Men’s Diving Coach of the Year. He coached Mauricio Robles to 1-meter and platform diving titles at the SEC Championships, and Robles would end up scoring in the top 8 in both of those events at the NCAA Champs. Additionally, Tennessee sophomore Liam Stone earned the 1-meter title at NCAAs. Parrington has won this award nine times in his career.