Great Britain Surges to the Top of the Medal Table Saturday 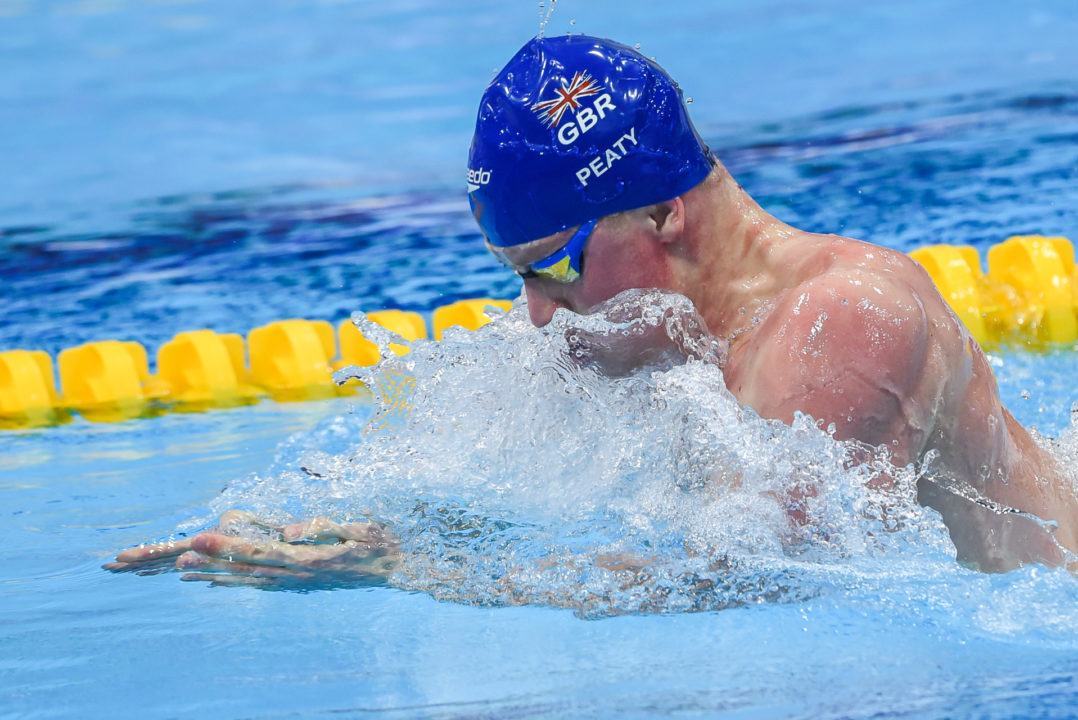 Adam Peaty helped to boost the British team to the top of the medal stand tonight with his 50 breast win. Current photo via Peter Sukenik/www.petersukenik.com

After sitting in the three-way tie with Italy and Hungary yesterday at 13 medals apiece, the British scored four top-three performances in finals tonight, jumping to the top of the medal table with 17 total.

The Brits also top the two countries in the gold count, after a gold medal apiece from Fran Halsall and Adam Peaty tonight boosted them to a total 16 golds.

Italy and Hungary sit second with 15 medals apiece; thirteen of Italy’s and fourteen of Hungary’s are gold. The Netherlands is holding steady with their fourth place, bolstered by a win in the men’s 4×200 relay.

In that race, Italy holds a commanding lead over Hungary, who has, in turn, lengthened their lead on Great Britain from one point yesterday to 12 points today. While Hungary boasts superstars like Laszlo Cseh and Katinka Hosszu, they can’t quite touch Italy in depth.