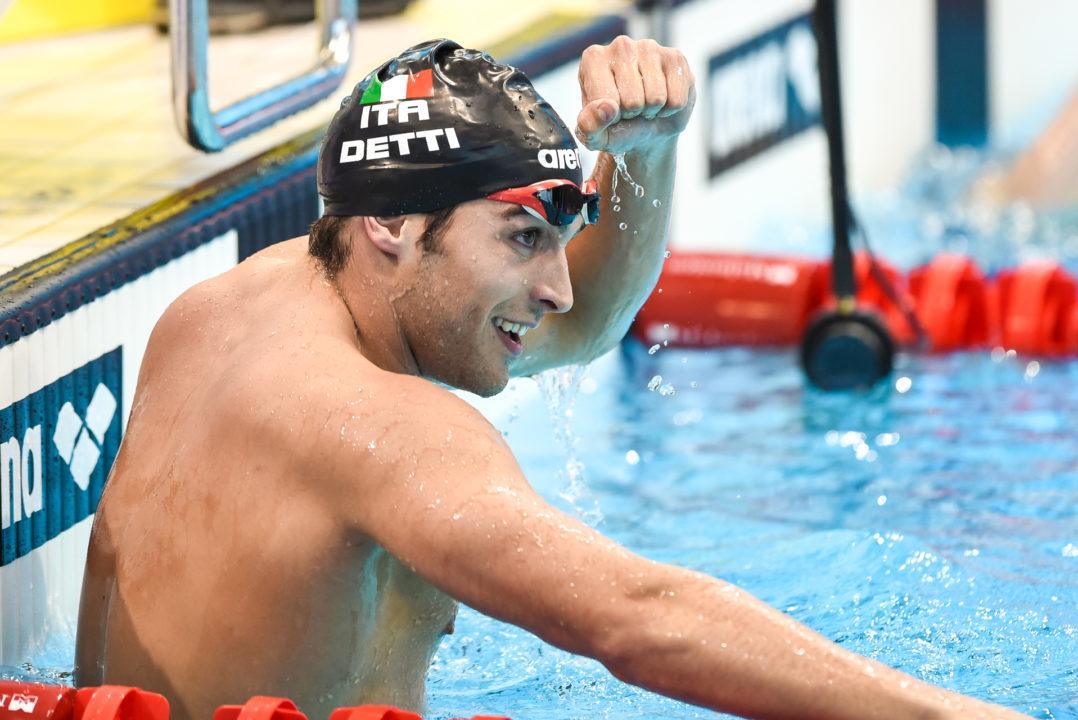 With just 10 days remaining in the qualifying period, Italy and Hungary have improved their standings for Olympic berths in the men's 4x200 free relay. Current photo via Peter Sukenik/www.petersukenik.com

With just 10 days remaining in the qualifying period, Italy and Hungary have improved their standings for Olympic berths in the men’s 4×200 free relay.

Both nations did so in championship final appearances at the European Championships Saturday, with Italy taking bronze and Hungary 7th.

To the best of our knowledge in light of nations’ Olympic Trials, time trials and now the European Championships, here is where we stand with the men’s 800m freestyle relay:

In the men’s 800 free relay, the four teams in line for extra invites are the same as they were before Euros, just in a different order. Italy vaulted from the third spot to the first spot with a 7:08.30 – the nation was just 7:13.77 before this meet.

Hungary looked to be the last team in at 7:16.56 before Euros, but dramatically improved its standing with a 7:12.46 in the heats in London. That bumps them up to the third spot, with South Africa now holding the final qualifying position.

It’s amazing that South Africa is ahead of China, with a week to go before the deadline. Justus has been done.

China was 7:13 low from nationals but still out now.

Interesting… China’s 7:13 doesn’t appear in the FINA World Ranks, which is what the next four teams will be officially selected from. Doesn’t make much difference with four teams ahead of them, but worth noting for sure.

Nice swim from Detti. I believe he was the fastest, even faster than Guy and Verschuren.
It’s sad that they scheduled the 800free the same day with the 200free. He could have got a medal and had a good shot to qualify for the olympics on the 200free as well