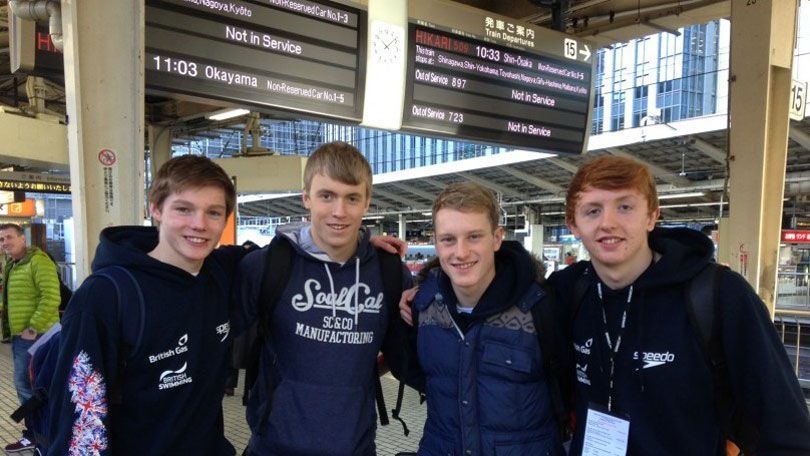 Great Britain kicked off the partnership last week by sending some of their most talented junior swimmers to Tokyo to train with the Japanese National Team. Current photo via British Swimming

Just prior to the Christmas holiday, British Swimming sent a squad of 8 talented youth swimmers to Japan in a unique opportunity to train with the Japanese National Team.

The grounds were fitting, given that they are a part of the “3TP” project aimed at getting swimmers to the 2020 Olympics in Tokyo, Japan.

“Our recently launched ‘3TP Programme’ is designed to equip some of our best young talent with a wide range of experiences over the coming years, with the ultimate focus of seeing British swimmers perform with distinction at the 2020 Tokyo Olympic Games,” said Tim Jones, British Swimming Head of Performance Pathway who lead groups to Suzuka for the boys and Shizuoka for the girls.

“The intention is to expose swimmers, coaches and staff to a very different environment. The culture within is something you have to be comfortable with and that is part of the point and purpose of what we’re now setting out to do on 3TP.

“Our time with the Japanese swimming team was really challenging inside & outside the pool. We have all been totally immersed into the Japanese culture which will help in our quest & preparation for the 2020 Tokyo Olympic Games.”

This is part of a partnership that has developed between the two countries that will allow junior and senior swimmers from both countries to train together at camps in Japan and Britain through the 2020 Olympics and beyond.