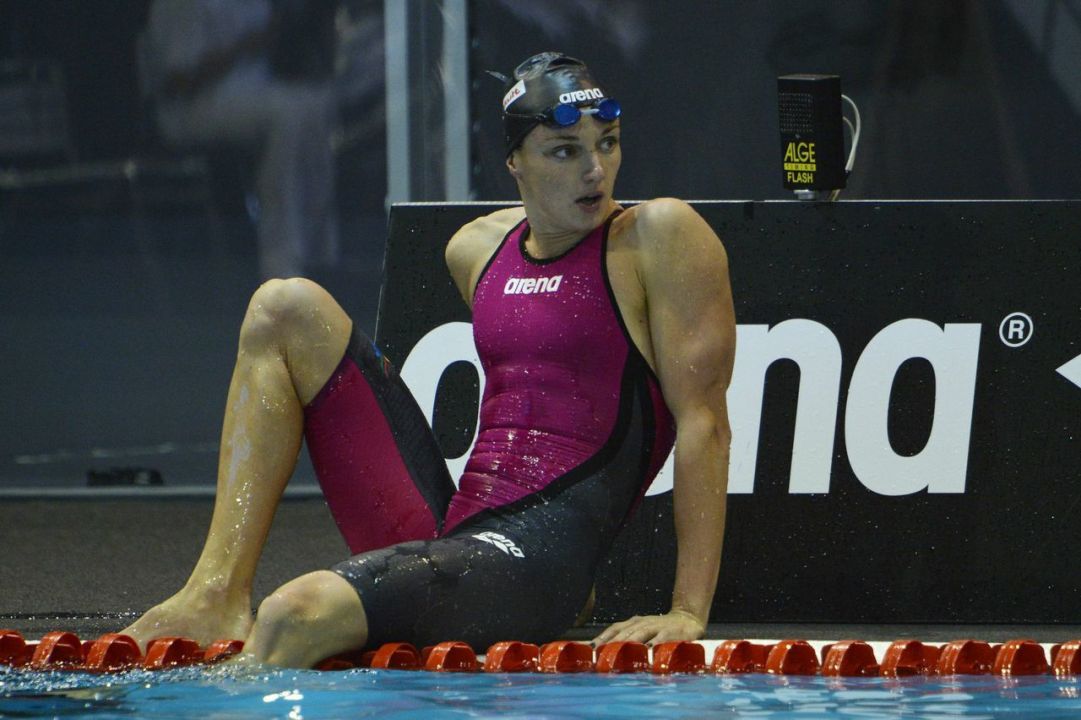 Hungarian Katinka Hosszu had another spectacular year winning the World Cup Series for the third year in a row... Current photo via Arena International

Coming into this week with a lifetime best and Scottish record of 58.65, Dawson tonight posted a 58.24, taking almost a half-second off of that time.

Simona Quadarella is the defending European Champion in the women’s 400, 800, and 1500 meter freestyles, and leads 47 Italians to Budapest next month.

The Hungarian Swimming Association made a joint statement with the Ligue Européenne de Natation (LEN) announcing the decision earlier this week.

Hosszu had another incredible year showing off her versatility. She took the FINA World Cup title for the third year in row destroying her competition in the overall standings. She finished the circuit with a total of 994 point while the next closest competitor, Inge Dekker, collected 372.

She also earned $389,000 in prize money putting her over the one million dollar mark for her career.

Hosszu finished off her short course season by winning gold in the 100 and 200 backstroke as well as the 100 and 200 IM at the World Short Course Championships in Doha. She also set new world records in all four events.

Adding to her medal collection she earned silver in the 200 butterfly, 200 freestyle and 400 IM as well as a bronze in the 50 backstroke.

At the European Championships in Berlin she won gold in the 200 and 400 IM and tied Mie Nielsen for the win in the 100 backstroke. She also took silver in the 200 freestyle and a bronze in the 200 butterfly.

In 2014 she set new short course world records in the 100 and 200 backstroke along with the 100, 200 and 400 IM (Mireia Belmonte Garcia eventually broke her mark in the 400 IM). She also set a total of 17 Hungarian national records, eleven short course and six long course.

Unlike Manaudou and Ledecky, I’m not going to recap Hosszu’s individual season with videos because it would take me at least 24 hours to post all her races of the year. 🙂

A lot of men would kill to get arms like those.