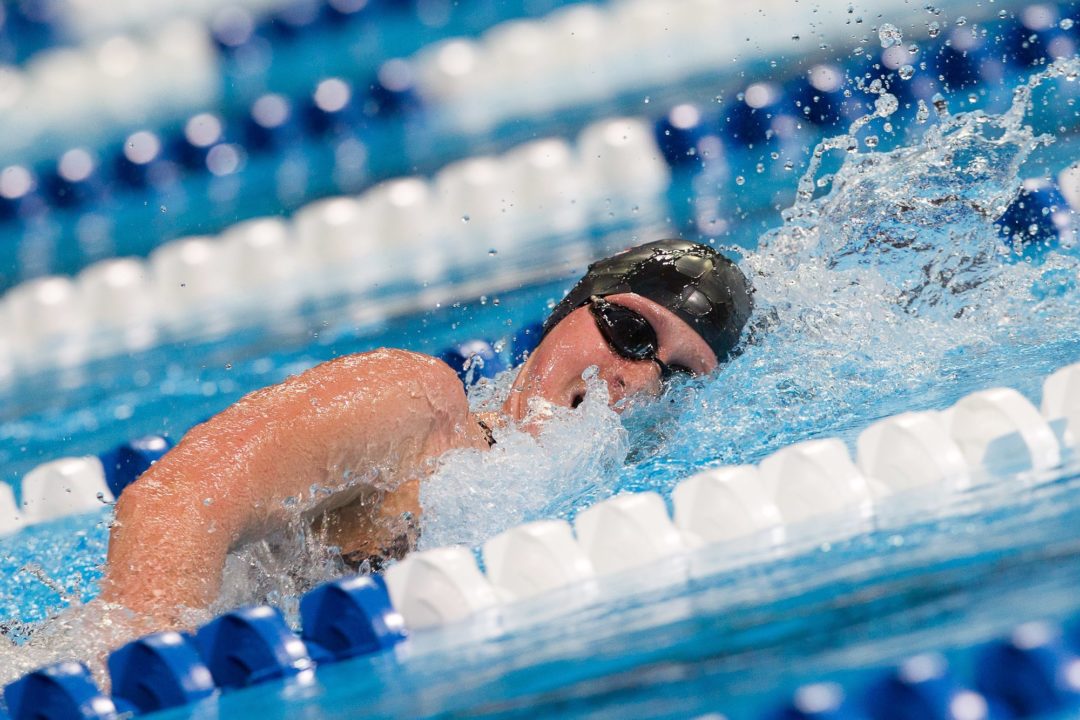 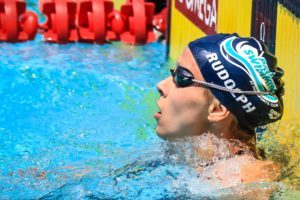 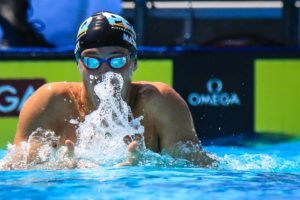 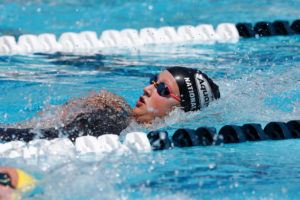 Day 3 of the 2012 Junior Nationals in Indianapolis, Indiana is in the books, and a pair of Meet Records have gone down. That includes Gillian Ryan from North Baltimore adding her second win of the meet.

North Baltimore’s Gillian Ryan destroyed the Meet Record in this women’s 400 free with a 4:07.26 and became the first girl in the history of this meet to crack the 4:10 barrier in the process. She was dominant in every phase of this race, and the number is a best time by a narrow .01 seconds.

Sarasota’s Taylor Katz pulled off a bit of an upset for 2nd with a 4:15.05. That’s three-and-a-half seconds better than her lifetime best coming into this meet. Allison Brown was able to improve half-a-second off of her prelims time, but slipped a spot to 3rd with a 4:17.72.

Tualatin Hills 16-year old Michelle Cefal completed the butterfly sweep by breaking a minute for the first time in her career. Her 59.31 included a great opening 50; college coaches should be salivating at the prospects of this prospect, as she’s got the speed and strength to be a monster in anything from 50 through 200.

Mission Viejo put another swimmer on the podium with a 59.81 from Katie McLaughlin, half-a-second behind, for silver.

The rest of the field was pretty far behind, with Dana Grindall from SoNoCo taking 3rd in 1:00.77.

17-year old Connor Black shaved another few hairs off of his prelims swim to rebreak the Meet Record in this 100 fly with a 53.16. That’s the second-best time by any swimmer still in high school swimmer in the country this year.

Terrapins’ Justin Lynch, just 15-years old, didn’t have quite as good of a swim as he has in other races in this meet, but even that leaves him with a silver medal in 53.91. Aaron Whitaker took 3rd in 54.08, followed by SwimMAC’s Matthew Sosa in 54.13.

The relay from SwimMAC won this 800 free relay in 7:36.17. That includes a 1:51.13 on the 3rd-leg from Peter Brumm. With the win, they pulled back in contact with men’s team score leaders from Dayton Hills.

I didn’t know Connor Black. Good time from him. I thought Justin Lynch would swim faster. And great race from Gillian Ryan who beats her record.