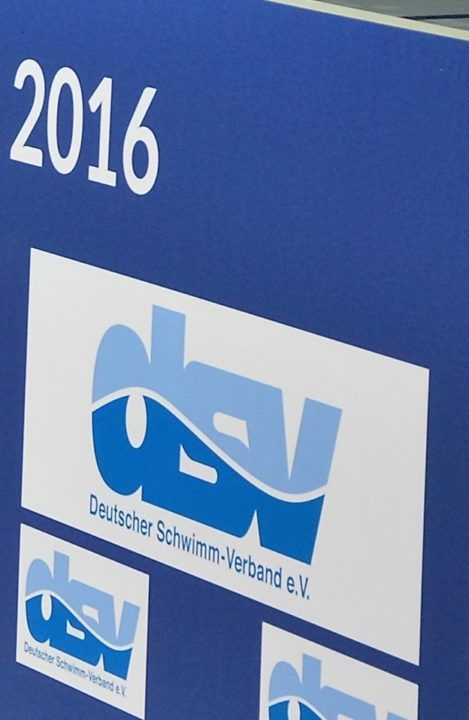 Gabi Dorries was elected as the new President of the German Swimming Association (DSV) last weekend in Leipzig, Germany, during... Current photo via Daniela Kapser

Gabi Dorries was elected as the new President of the German Swimming Association (DSV) last weekend in Leipzig, Germany, during the Swimming Federation’s congress. The 55-year old received 89 percent of the vote. The software entrepreneur from the Schleswig-Holstein said after the election to the press about the clear election result: “Yes, I’m surprised, but I’m glad and happy.”

Her competitors Vico Kohlat and Dietmar Schott had no chance. From the team around Gabi Dörries, lawyer Clemens Stewing (53) and Andrea Thielenhaus (53) were elected as new members into the presidium.

Former President Dr. Christa Thiel was elected Honorary President and was ratified for her term by 263 to 95 votes by the delegates. She will continue to work for the DSV as Vice-President of the European Swimming Federation (LEN).

In the run-up to the election, Gabi Dorries had started a funding request to all 600.000 members of the German Swimming Federation (DSV) to pay 0,50 Euro (0,56 $) in 2017 and 2018 to support her and her plans. Dörries was supported by two of the most famous German swimmers of the last decade: Olympic champion Britta Steffen and world record holder Paul Biedermann – both are retired from competitive swimming but both are willing to support German swimming in the future with their knowledge and experience.

In the first step, the Swimming Federation’s congress approved an increase of the contribution of  0,50 EUR for 2017 – that are approximately 300.000 Euros additional money for Dörries and her team and their plans to bring German swimming back on the road to success.

The German pool swimmers did not medal at the 2012 and 2016 Olympic Games and the whole German swimming system and organization has been questioned and there were increasing calls for changes – the former President Christa Thiel was in the position for 16 years and she did not stand for re-election last weekend.