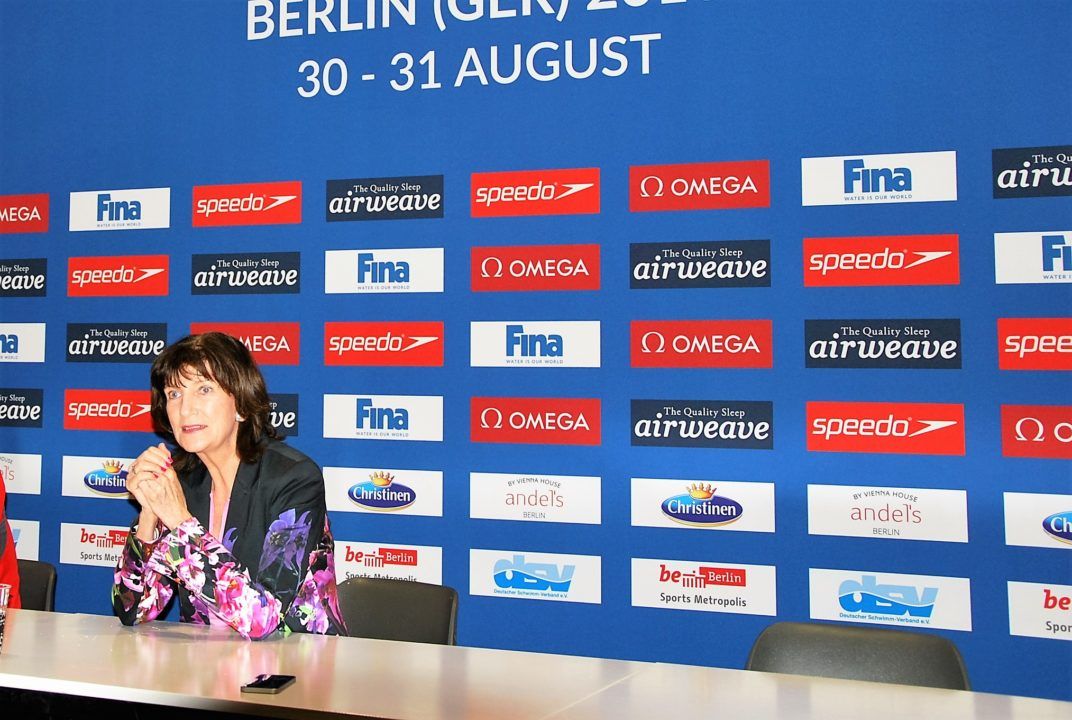 Dr. Christa Thiel is the current president of the German Swimming Federation (DSV, Deutscher Schwimmverband) – she is in this... Current photo via Daniela Kapser

Dr. Christa Thiel is the current president of the German Swimming Federation (DSV, Deutscher Schwimmverband) – she is in this position for 16 years and said at a press conference in Berlin during the FINA World Cup that she has never planned to stay such a long time in this function. During her career she has often asked German colleagues if they are interested in the president’s position but she said that there was no one who was really interested.

Here are some facts about Dr. Christa Thiel who will continue her additional postitions as a LEN Vice President and member of the FINA legal commission.

Christa Thiel studied law in Germany and received a doctor’s degree in jurisprudence in 1984. Since 1980 she has worked as a lawyer with her own company in Wiesbaden.

The German pool swimmers did not medal at the 2012 and 2016 Olympic Games and the whole German swimming system and organization is questioned and there are increasing calls for changes.

At the moment, there is with Gabi Dörries one candidate in the limelight, supported among others by Paul Biedermann.

Gabi Dörries is currently the Chairman of the Technical Committee in the German Swimming Federation (DSV). A new president will be elected in November.

That’s a mystery to see Germany so bad in swimming.
At least in track and field they are alive. I should say only in field events, especially the throws, because on track it’s very weak.
Really a mystery in a country with such a sporting tradition.

Hi Bobo. And what about French swimming future? It looks really not so bright…
In Europe, towards Tokyo 2020, northeless lackluster spring trials (but good Olympics, that matters most), the leadership of Great Britain, with great experienced swimmers still young (Peaty, O’Connor, Carlin, Guy, Scott) and promising youngsters, seems quite strong.
Many uncertainties behind GB.
With also France in deep trouble, perhaps Italy (Pellegrini will continue till Tokyo, Detti and Paltrinieri are only 22) and Hungary (with some interesting youngsters like Kenderesi and Kesely behind the Iron Lady) are the two countries in better position.
Obviously, impossible any prediction about Russia, a place where, when a huge talent appears (Izotov2009, then Efimova, then Sedov) there are… Read more »

At least they have a promising young sprinter on the men’s side with Damian Wierling.