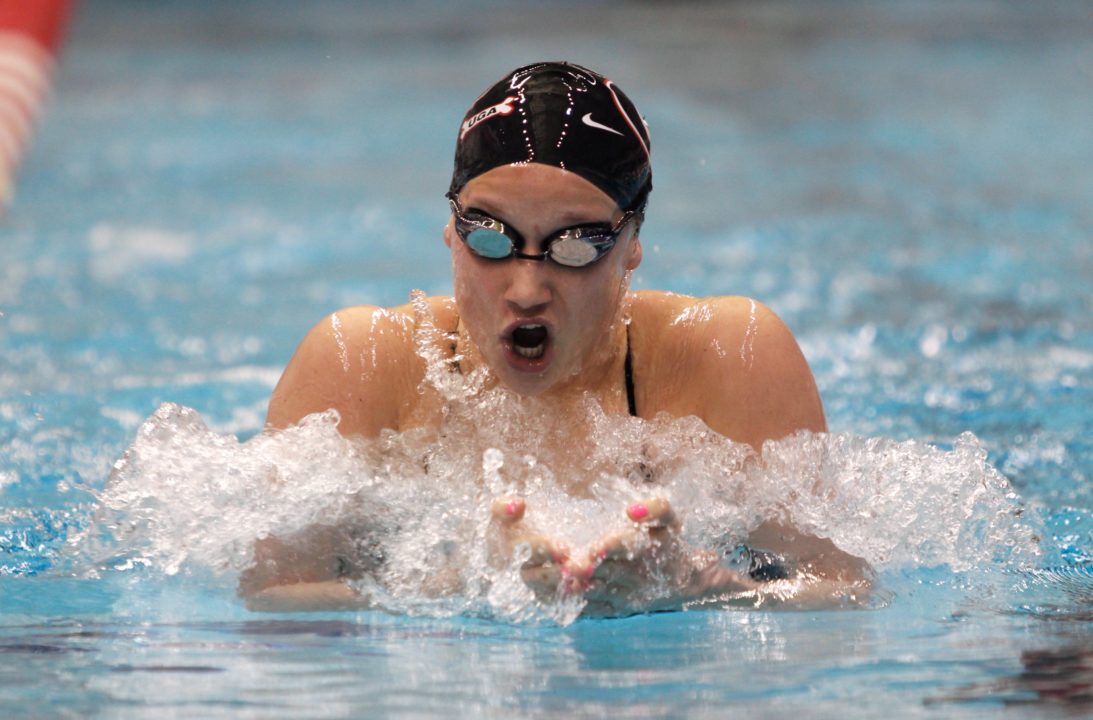 Georgia's Nicole Vernon shot from from 45th in the nation to 19th with a huge 400 IM that should guarantee her an NCAA invite. Archive photo via Shanda Crowe, shandacrowe.com

Georgia’s “Last Chance” NCAA Qualifier meet saw a number of athletes either improve their NCAA invite chances, or in a few cases, jump into a qualifying spot from a prior seed that wouldn’t have even sniffed an NCAA invite.

The biggest of those “back-from-the-dead” stories was Georgia’s Nicole Vernon, who cut 2.6 seconds off her season-best in the 400 IM to move from 45th in the nation to 19th, all but guaranteeing her an invite.

Vernon was the NCAA B final champion in the event last year, but did not swim at SECs for Georgia. The senior hit her season-best of 4:12.94 in a dual meet with Emory in January, but went 4:09.37 at the Last Chance meet.

She’ll still possibly have to fight for an NCAA berth, though, as Georgia may well hit their cap of 18 entrants and have to leave a swimmer or two behind. Still, if the coaches feel Vernon can improve on her 4:05.88 from last year at all, even by a tenth or two, she should be a lock for their NCAA squad as a potential A finalist.

Vernon led that race, pulling along Alabama freshman Mia Nonnenberg to what could possibly be her own NCAA berth. The Crimson Tide rookie improved her 4:11.07 to a 4:10.82, which moves her into a tie for 28th nationally. Last year, 38 women in each event were invited to NCAAs.

Some more swimmers who improved their times and could be in the hunt for NCAA bids:

Some other notable swims: