Gemmell’s ticket to Barcelona punched once – but twice? 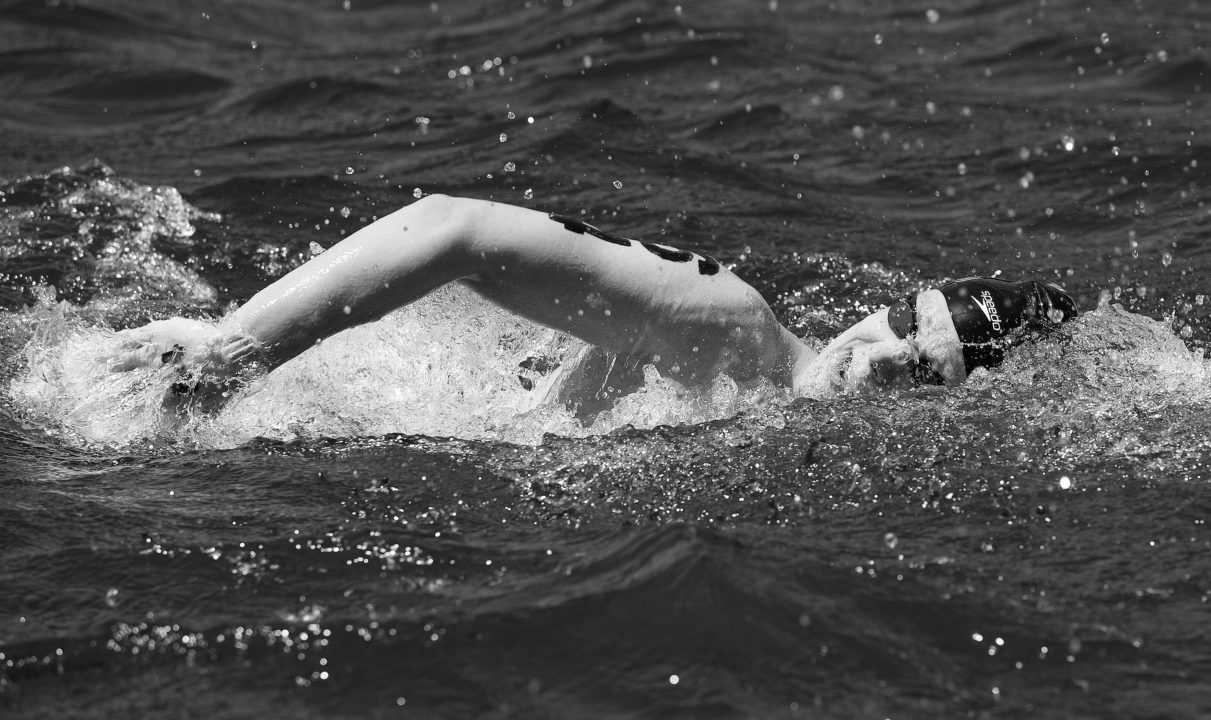 Andrew Gemmell has a spot on the world championship team – he’ll swim the 5K in Barcelona. No doubt Andrew...

Andrew Gemmell has a spot on the world championship team – he’ll swim the 5K in Barcelona. No doubt Andrew is a great open water swimmer, but it’s well known he’s got the goods in the pool too. He won the 1500 last year in Omaha and represented Team USA in the pool at the London Olympics. Tonight he’ll get a chance to qualify for a spot on the world champs pool squad too – he’s seated first in the 1500 with at 14:52.19.

We asked Andrew for his perspective on open water swimming and pool swimming.  Here’s what we got:

I think open water swimmers are much more flexible. So many pool swimmers get very attached to specific race plans, which is fine and works in the pool when you have your own lane. But when you’re thrown in there with a group of 20-40+ other swimmers, who also have their own plan, you’ve got to be flexible.

What’s you’re #1 “rookie” mistake that you’ve made in your open water career?

I think this is a common one, but spending too much time leading when you don’t want to. It’s really easy to get out there and swim out front and not realize how much energy you’re spending until the end. But you only make that mistake once.

Is there a different vibe at the start of an open water race versus standing behind the blocks before a pool race?

I think there is. It’s much more relaxed. With very few exceptions, the start of the race isn’t really a huge deal in open water, especially in a 10k. You’ve got 2 hours to race, no need to be nervous for the whole time.

What’s the most insane set you’ve ever done in preparation for an open water race?

I went a lot more longer stuff when I was younger. I would do a lot of high yard, tight interval pull sets and really get moving on them. I do a lot more speed work now though.

What are you thinking about during a 10K race?

Usually I’m focused on generally maintaining good position and drafting and keeping my heart rate down. The farther into the race I get, the more I focus on individual, specific things like moving up one spot in the pack or something similar.