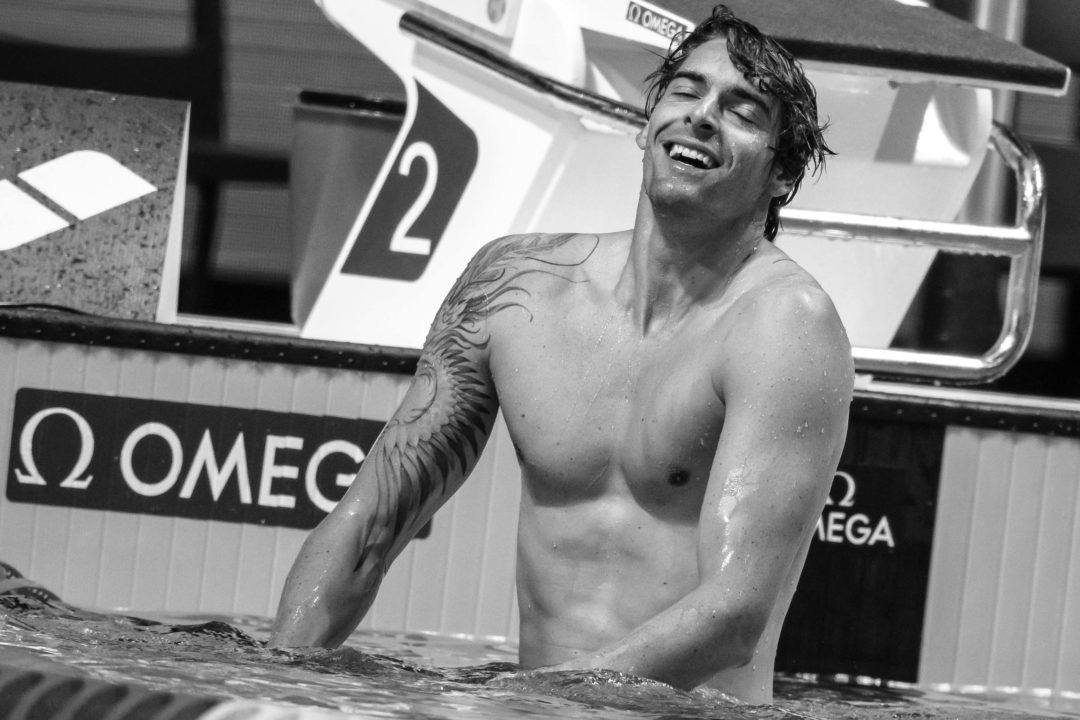 Camille Lacourt, the greatest french backstroker to date, has retired.

Camille is a 5-time long course world champion, including winning the 100m backstroke (2011) in historic fashion (tying with french teammate Jeremy Stravius) as well as currently reigning as the 3-time defending champion in the 50m backstroke (2013, 2015, 2017).

In 2010 at the European Championships, merely months after the super suits had been banned and the backstroke world records had been taken to unthinkable heights (51.94 and 24.04), Camille Lacourt won gold in the 50m and 100m backstroke in times of 52.11 and 24.07, just .17 and .03 off of both world records. That 50m backstroke still stands as the second fastest performance of all time, and the fastest textile performance ever.

The man whose name has been synonymous with French backstroke has got a lot going for him. He’s got the hair, he’s got the ink, and he’s got a loving wife and daughter. Retirement will treat him well, especially after going out on top and tasting gold this past summer for one last time.

According to various French medias, Camille Lacourt is divorced from Valérie Bègue since October 2016.

I’m a shameless hater of all things French swimming but I’ll give Lacourt his due. He had one good swim. That 100 back in 2011 was masterful, shame he never approached it again. As for the 50s, well…big freakin whoop

Roxana Maracineanu could have a claim at the title of best French backstroker to date if the Olympics is the great barometer. She did win the 200 Back at the 1998 Perth Worlds, and an Olympic silver in 2000 in the same event.