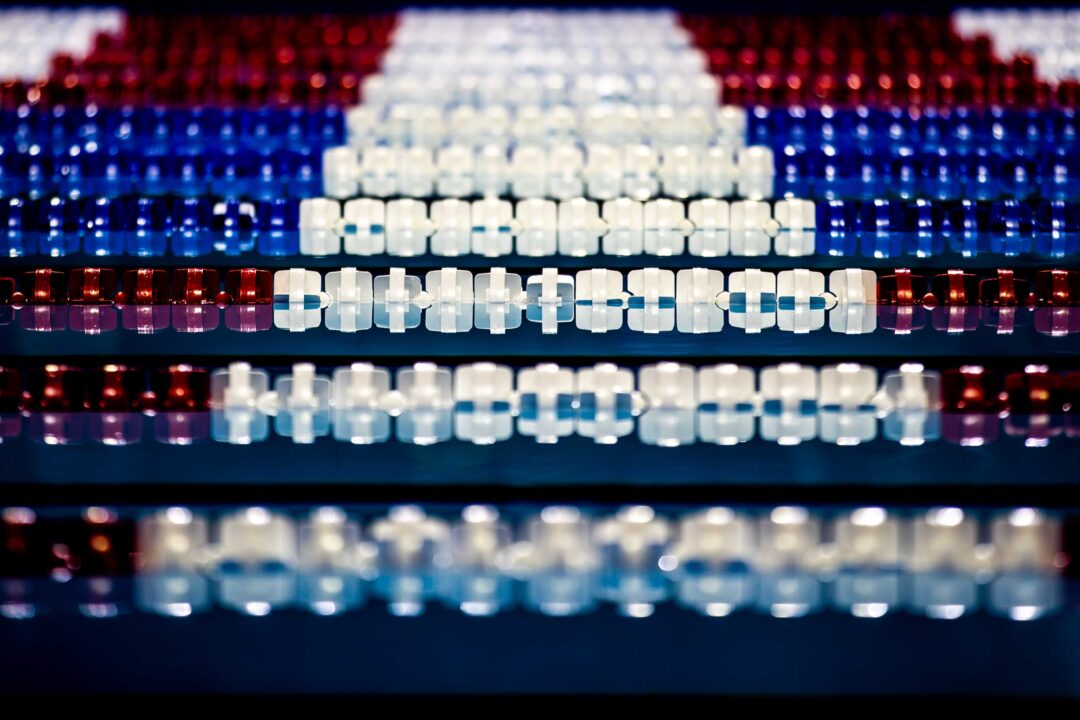 The Fédération Française de Natation (FFN) postponed the remaining Day 5 heats due to a technical problem in the Odyssée Pool in Chartres. Stock photo via Jack Spitser/Spitser Photography

UPDATE: A coach of participating athletes confirmed to SwimSwam that the bulkhead broke and could not be held in place. Officials estimated that the break occurred at 9:46 am, just prior to the start of prelims.

Since then, the bulkhead has been locked into place and finals will begin at 6:00 pm. The program has been modified. They will begin with the C finals of the 3 events they ran this morning (women’s 50 fly, men’s 50 fly, and women’s 200 breast), followed by the 3 events that were never held this morning. The men’s 200 back and women’s 100 free will be timed finals with all but the fastest heats swimming in this first session.

The 1500, originally scheduled at the end of today’s prelims session, will be swum tomorrow, as a timed final with all but the fastest heat at the end of prelims tomorrow and the top heat in the finals session.

What is still unclear is if the times from the morning session -indeed, for the last several days?- will count. We have reached out to the French Federation for clarification.

With only three of the six events completed on Saturday morning, the Fédération Française de Natation (FFN) postponed the remaining heats due to a technical problem in the Odyssée Pool in Chartres. In a tweet, the Federation wrote “Owing to a technical problem, the competition is temporarily suspended.”

Without further explanation from the FFN, it is difficult to know when they will resume the competition. A tweet from Benoit Gilles shows the magnitude of the “technical problem,” as in fact, the bulkhead seems to have disengaged from the pool.

The suspension is expected to last until at least 1:00 PM local time.

Reinforcing fasteners have been installed. The races will resume in the afternoon but the program will be adjusted.

And they are hosting the Olympic Swimming in 3 years! 🙂

Reminds me of 97 Nationals in Nashville. Bulkhead disengaged in the middle of the Men’s 100 Free. One of the crazier things I’ve ever seen at a meet.

Also at that meet… the pool water level dropped 6in during a heat of the 1500 as the pool was being backwashed, and then a thunderstorm caused a power failure.