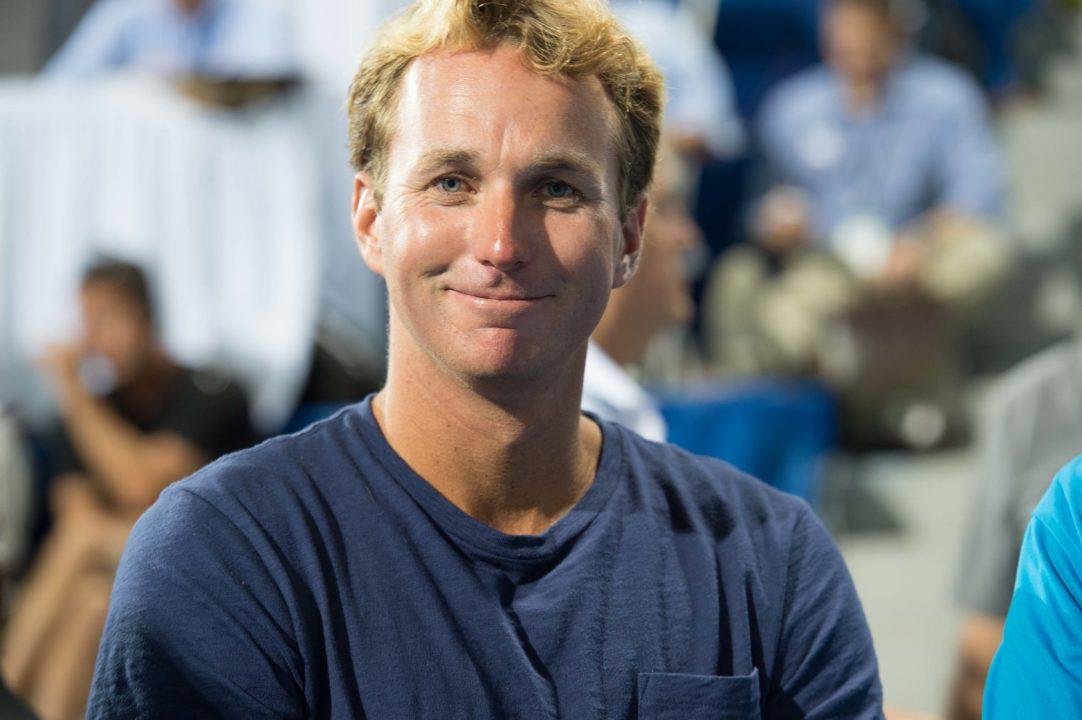 World Record holder Aaron Peirsol will appear on the FINIS Friday webinar to discuss "silver linings" that can be found in the global coronavirus pandemic. Archive photo via Mike Lewis/Ola Vista Photography

Swimming From Home Talk Show: Kathleen Baker on Not Bottling your Emotions

Now stuck at home, she has been leaning heavily on her national teammates for support and kinship by checking in with them.

Finis is a SwimSwam Partner.

As part of the swimming community’s collective effort to remain partially productive while most of the world’s pools are closed, Swimwear and Swimtech company FINIS will present a special edition of its “Finis Friday” series that will feature Olympic gold medalist and World Record holding backstroker Aaron Peirsol.

Peirsol won 5 golds among 7 total Olympic medals in his illustrious career that saw him race at the 2000, 2004, and 2008 Olympic Games. That includes a backstroke sweep over 100 and 200 meters at the 2004 Athens Games and four years later a defense of his 100 meter title.

Since retirement, Peirsol has worked as an ocean lifeguard and swim coach in his native Southern California.

On Friday, Peirsol will discuss the silver lining of the coronavirus outbreak and what athletes can do to use this time most effectively.

Living legend and a class act!