Following the Feet: Part 2 – It’s Worth It 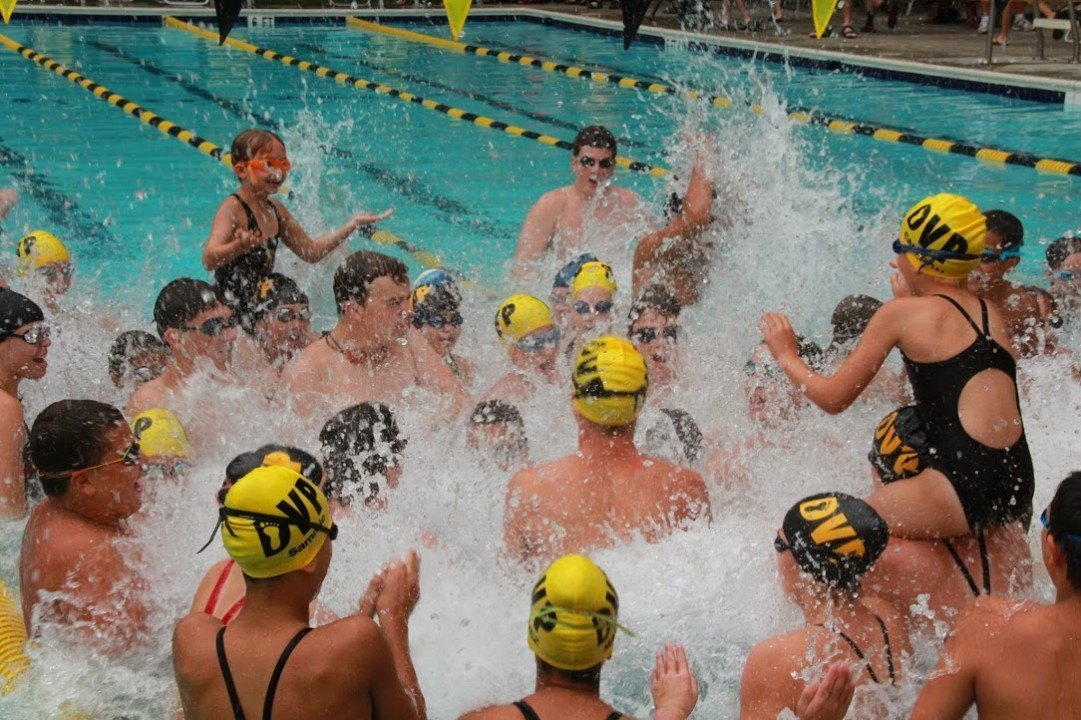 The first few weeks of Daleview are challenging for parents. Current photo via Tim Male

Following the Feet is an 8-week summer series on SwimSwam. Written by Stina Oakes, the series follows the eight weeks of summer club season at Silver Spring, Maryland’s Daleview Swim Club, whose team mascot is the “Feet.” In relaying stories from the Feet’s season, Oakes hopes to capture the beautiful and unique connection each swimmer has to his or her local pool and club.

The first few weeks of Daleview are challenging for parents. It isn’t that the swimming is tough (since we’re not actually in the water), but the logistics are overwhelming. These weeks of practice coincide with the last three weeks of school, meaning kids are also dealing with homework and exams, soccer and/or baseball practices, music lessons, art classes, etc.  Daily swim practices on top of what is already a busy schedule make for a tough few weeks. For me, the struggle is figuring out how to get two kids to two different practices. And, there are inevitably the days where all the plans I’ve put into place fall apart because of an afternoon thunderstorm. It’s a scheduling nightmare.

For three weeks I spend every minute wondering why I do this.  What’s the payoff?  Getting the kids to practice is a struggle.  The newness of the season, the excitement, has already worn off, and the fun hasn’t yet started.

The unknowns are both exciting and stressful.  Will my kid finally be legal in breast stroke?  What will swimming in a new age group be like?  Who got faster over the winter?  Can we match last season’s success?  Who’s driving to practice tomorrow?

And then I remember what makes Daleview so great.

It was a B Meet. A new 8-and-under was swimming backstroke. We watched him crash into the lane ropes on both sides and cringed. He was one of the last in the heat to finish.

When he got out of the water, a senior boy ran up to him, gave him high fives, and said, “That’s what I’m talking about!”

At Time Trials a few years ago a new girl, one of the 8-and-unders, was afraid. She stood at the side of the pool. Her dad began yelling: “You have to swim! Get in the water and swim!”

It was uncharacteristic of a Daleview parent. A silence grew over the pool; no one quite knew what to do. Finally, an older swimmer, sensing what was happening, walked over to the girl and asked, “If I get in the water and swim with you, will you swim?” The younger girl said she would.

They swam together in the lane, the older girl matching her pace with the younger one. When they got to the end, everyone erupted in cheers.

Another year at Time Trials we saw one boy struggling, swimming a full minute behind all the others. One by one the others finished, until he was the only one left still swimming. And then the whole team came over to cheer him on. They yelled louder for him than they did for anyone else. Swimmers in his heat who had finished ahead of him hung on the edge of the pool, cheering him on. When he finished, the boy in the lane next to him reached out his hand, shook it, and said, “Good race.”

I’ll keep doing it. Despite the stress of arranging schedules and carpools, knowing what’s coming after these three weeks makes it all worth it.

Stina Oakes is a member of Daleview Swim Club where she swims with the Masters group. She is new to swimming, having only learned how in the past year.  She is the mother of two swimmers (ages 12 and 8) and one future swimmer (age 2). She is a Professorial Lecturer in the Writing Program at American University.