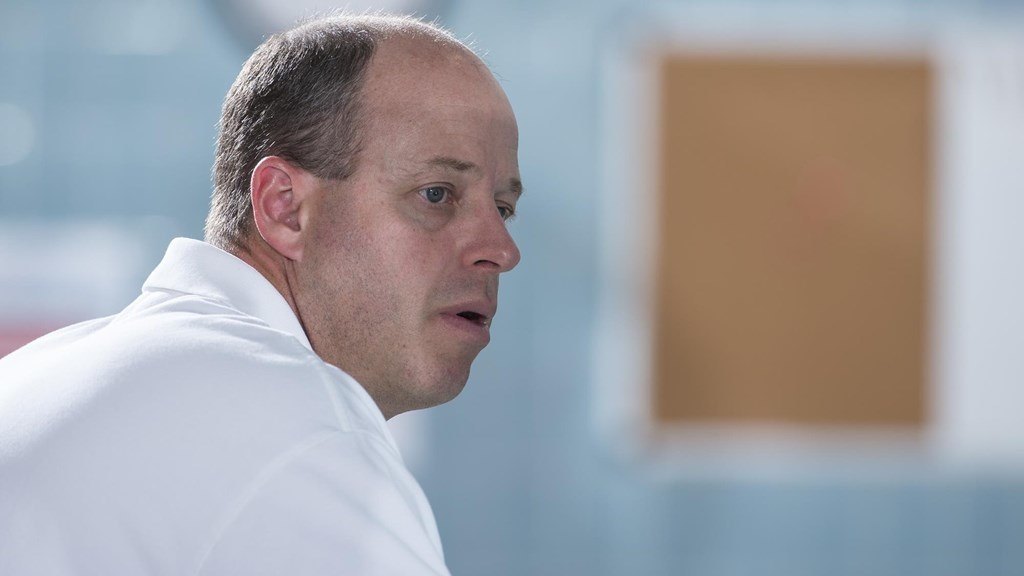 Whitney Hite, who was terminated in March as the head coach at Wisconsin, has been hired as an associate head... Current photo via Florida Athletics

Florida has also announced the addition of 2016 NCAA Champion in the 200 yard backstroke Danielle Galyer and Florida alum Delaney Dye to the staff. Galyer will serve as a volunteer assistant, while Dye will act as program coordinator for both the men’s and women’s teams.

Hite spent 7 years as the head men’s and women’s coach at Wisconsin, where the program produced 25 Big 10 event titles and 103 All-American honors. That includes an NCAA title in the 200 back at the 2013 NCAA Championships and a runner-up finish from Ivy Martin in the 50 free at the 2015 NCAA Championships.

Notwithstanding the TeDuits title, Hite’s women’s teams had more success in his tenure at Wisconsin than did his men’s. A chart of each team’s finish at Big Tens and NCAAs is below.

In 2016, Galyer became Kentucky’s first-ever national champion in swimming when she won the 200 back, and was a four-time CSCAA First Team All-American and two-year member of the USA Swimming National Team, having placed 5th in the 200 back at the 2016 Olympic Trials. She was also a back-to-back winner of the prestigious Elite 90 Award, given to the athlete competing at each NCAA Championship event with the highest GPA; and an NCAA Woman of the Year finalist in 2017.

Galyer has been coaching with the Gator Swim Club while pursuing her law degree at Florida.

Dye was a diver at the University of Florida from 2012-2016 and was a three-year member of the SEC Academic Honor Roll. She just completed her master’s degree at Florida while working as an intern with the Operations and Facilities Department there.

Why was he fired from Wisconsin

I’m from Wisconsin and all the people that I have heard took recruiting trips there did not like him too much, with the exception of Beata.

I know that he had really upset some legacy recruits as well.

The Wisconsin swimming community has been waiting years for a positive change at UW Madison. I am actually surprised it took as long as it did. Many of the swimmers that swam under Whitney unfortunately didn’t have a positive experience, recruits were lied to, and females were mistreated. Sad to see him at a women’s program.

Seems like you aren’t aware of where the entire program was at before he arrived. If it were based solely on results he’d never have been fired. It’s also very, very unlikely that his relationships with club and high school coaches played any part in his termination

Now everyone is aware of where the entire program was at before he arrived.

So they didn’t improve while he was there. He rubbed coaches the wrong way in Washington.

Numerous reasons, more importantly is why he was hired elsewhere.

From one team with a very high rate of attrition to another.

This will be entertaining.

So Florida will have zero paid female assistants for their teams? Program Coordinator to me is not a coaching role

I don’t believe that coach Nesty has announced his staff yet for the men’s team. The women’s team won’t have paid female assistants, however.

Nor will the Men’s

Congrats Florida and Jeff. In no time we will have zero female coaches left in the NCAA…Sad to see another opportunity lost for a female coach.

While I’m not a fan of giving a job to a female simply because she is a female but this type of hire is so uninspired! A coach who has done zero to differentiate himself from his peers makes you wonder what is going on in Gainsville. I would rather have a young female (or even male) coach as an assistant than a retread as a associate head coach.

I agree with this statement but at the same time, the Head Coach of the women’s team (Jeff) has done nothing to distinguish himself. Whitney’s credentials trump both Nesty and Jeff’s.

While I can see the questioning of this hire – and am shocked that they weren’t made to hire a woman for one of the positions, I do think that at this level it has been very difficult to find qualified women for the job. I don’t know where the fault lies there. I’ve been only a bystander of all the college hires, but it seems the landscape is barren of qualified female assistant coaches that stick with it long enough. Yes – you can take a chance on a young unproven. But I’ve seen coaches get bitten by that as well.

In this situation, the obvious question is why didn’t they keep Leah on. But they did have… Read more »

It’s a bit absurd that your comment has this many up-votes and so few down-votes, but that’s probably a sad reflection of how a majority of male coaches and athletic department officials think. Perhaps there are so few female coaches that get to their third year because it’s not exactly a walk in the park being a female coach at this level. One only needs to peruse these forums to see that at any meet where McKeever’s athletes gain even a fraction of a second she is vilified as an emotionally abusive monster and horrible leader. Meanwhile, Bauerle’s women slipped from 1st to outside of the top ten in two years and the man is suspended from his coaching duties… Read more »

Phew – so we agree … the qualified female applicant pool is so small in the first place.

What ever happened at NCAAs this year?

As a UF alum I am so disappointed in this hire!!!