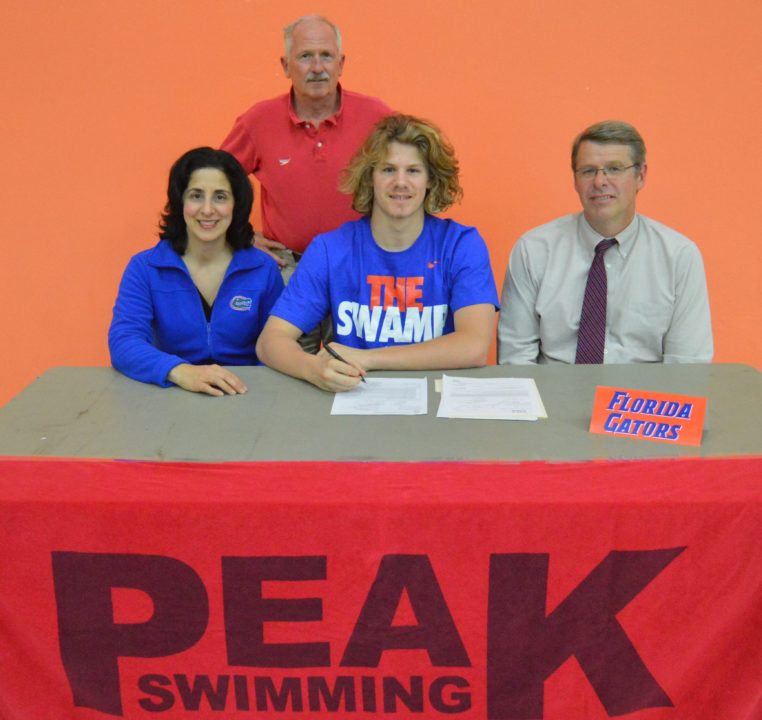 Ben Lawless signs his National Letter of Intent to swim for the Florida Gators. Current photo via Lauren Boucree

He’s primarily a distance freestyler, but has a lot of good versatility for the two-time defending champion Florida men. His best times in yards are:

Lawless is a realtive newcomer to the sport, not beginning year-round training until his freshman year of high school.

His progression by class year since then is a gravity-defying grid:

He joins a Florida mid-to-distance group that in the last two seasons has become one of their biggest strengths. That’s a group that includes a pair of 2014 First Team All-Americans in Arthur Frayler and Mitch D’Arrigo.

You have accomplished so much in such a short time in the sport. I can’t wait to watch you grow in and out of the pool in the next four years. Thank you for being such an incredible role model to my kids and all the swimmers on Central Chesapeake Swimming.