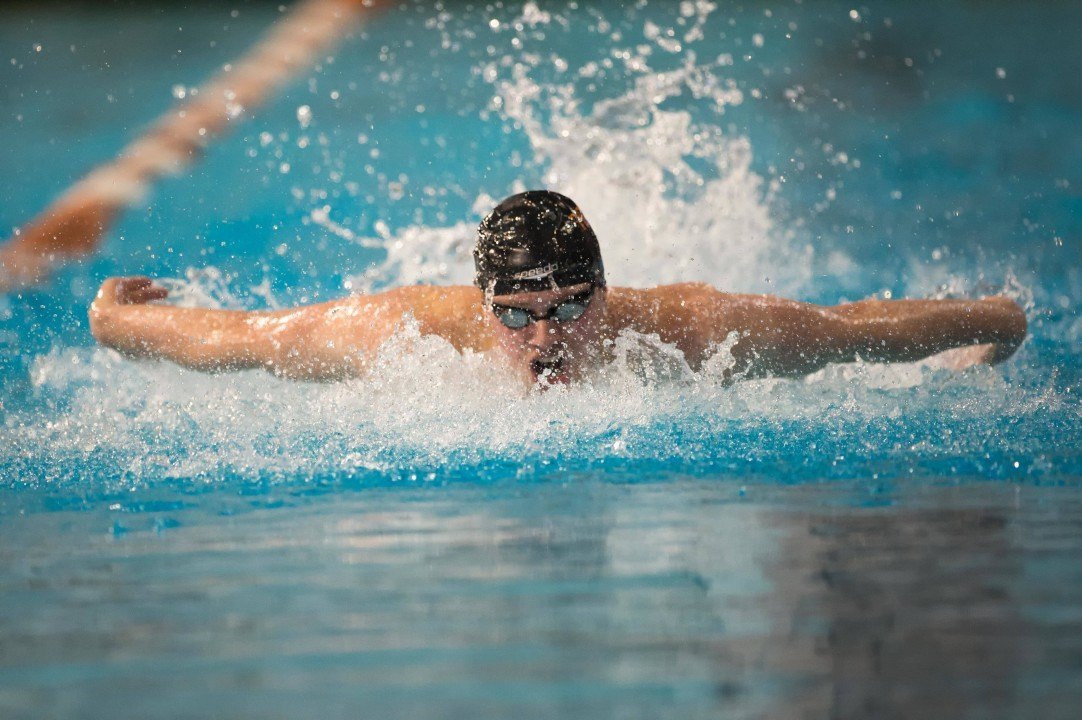 Five things we noticed from day one of the 2015 World University Games in Gwangju, South Korea... Current photo via Mike Lewis/Ola Vista Photography

Five things we noticed from day one of the 2015 World University Games in Gwangju, South Korea

At the 2013 World University Games in Kazan American Jack Conger won the men’s 200 backstroke, this year he will not defend that title, but will compete for gold in the men’s 50 and 100 backstroke and 100 freestyle.

On the first night of finals Conger swam the 100 backstroke semi-final and the men’s 4 x 100 freestyle relay final.

Conger will be going into the 100 backstroke final with the third fastest time of 54.53, but it was his performance in the relay that showed that the American is performing at the top of his game.

Conger, who has a lifetime best of 49.28 in the 100 freestyle, had an incredible split in the men’s 4 x 100 freestyle relay posting a time of 47.75. Conger’s time was faster than the splits put up by Ryan Lochte (48.20) and Anthony Ervin (48.57) at the Pan Pacific Championships last year. His time was also only four one-hundredths of a second slower than Nathan Adrian’s split (47.71).

Look for Conger to continue to feed that need for speed throughout the competition.

#2 The Medals Standings May Look a Little Different This Year

In 2013 it was very obvious that the Russians wanted to make an impression on home soil after finishing 15th in 2011. After the first day of events it looks like the medal standings will be a little different in Gwangju.

In 2013 the Russians won five out of six relay events, on the first day of the 2015 Universiade they collected a bronze in both the men’s and women’s 4 x 100 freestyle relay.

Although the Russians do have five athletes moving on to the finals tomorrow none of them are looked at as strong favourites to win individual events.

The Americans also collected three gold on the evening, earning half the number of gold they won two years ago on the first night of the competition.

As mentioned in the point above in 2013 the Russians dominated the relay events winning five out six possible gold medals, the only relay they did lose was the women’s 4 x 200 freestye which was won by the Americans.

This year the Americans are off to a strong start and will be looking to dominate the relay events in 2015 the same way the Russians did in 2013.

#4 Familiar Faces in the Men’s 50 Butterfly

At the 2013 edition of the event Yauhen Tsurkin of Belarus tied Ukrainian Andriy Hovorov for the gold in the men’s 50 butterfly while Italian Piero Codia won the bronze. Tsurkin was the fastest qualifier for tomorrow night’s final posting a time of 23.43, just off his season’s best of 23.36, which ranks fourth in the world.

Codia finds himself in a familiar spot qualifying in the third place position with a time of 23.48.

Brazilian Henrique Martins had the second fastest qualifying time of 23.46, which did not beat his prelim swim of 23.38.

Both Tsurkin and Codia have a strong likelihood of coming home from South Korea with hardware in the men’s 50 butterfly.

Great Britain currently has four athletes ranked in the top 20 in the world and two of them will be competing in tomorrow night’s final. Craig Benson qualified first in a time of 1:00.16 while James Wilby was the fourth fastest qualifier hitting the wall in a time of 1:00.59.

The two will look to bring gold and silver back to Great Britain. It won’t be easy as the final will include Caba Siladji of Serbia who has a best time of 59.79 and Dmitry Balandin of Kazakhstan who posted a 1:00.27 in the semi-finals.

Can’t blame it on Rio.

A 48 low swim in individual is a reasonable prediction for next year.
It would be smart if he could finally give up backstroke to focus entirely on free and fly!

I doubt the heat outside of the pool really affects performance that much, if at all, as long as the water temps are normal.

Dude have you been to an outdoor meet during a heat wave? Almost impossible to stay optimally hydrated/electrolyted, even in the shade.